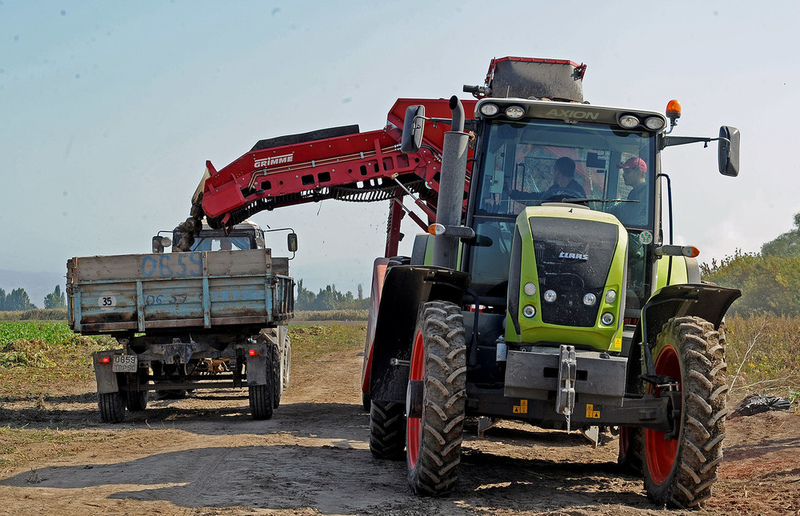 AKIPRESS.COM - Prospects for cereal production in Europe and Central Asia are generally positive, but a reduction is expected in regional wheat production, according to a regional FAO policy brief on the impact of the COVID-19 pandemic. Some food prices in the countries of Central Asia and the Caucasus peaked during the first six months of 2020, but prolonged logistics, trade and market disruptions continue to challenge agrifood value chains, according to the report.

The Europe and Central Asia: Regional food market situation and policy bulletin overviews market supply and demand in the region and looks at the responses to the COVID-19 pandemic of agrifood markets, value chains and policies. The information was gathered through ongoing surveys and monitoring in the region.

Overall cereal production in 2020 is expected to be close to the five-year average, but wheat – an important staple for export and consumption – is expected to be down in the new crop season due to unfavourable weather and hampered access to inputs (such as seeds and fertilizers) in some countries, particularly in Kyrgyzstan and Tajikistan. In the same countries, plus Georgia, the retail prices of most key basic foods saw large increases in the first half of the year compared to the same period in 2019, implying a significant increase in the cost of a healthy diet.

“In some countries, mainly in Central Asia and the Caucasus, households spend almost half of their budgets on food, which is true especially for vulnerable groups, such as pensioners in Tajikistan,” said Fang Cheng, FAO commodity and trade economist. “For them, the price increases in staple foods as a result of COVID-19 can have significantly negative impacts on food security and nutrition.”

All actors in the agrifood value chain – not just consumers – are affected by the situation.

Some farmers have reported spending less money on food, and some have reported selling productive assets to cope with financial shocks. According to FAO’s latest surveys, conducted in June, the COVID-19 pandemic has had negative impacts on transportation, storage, sales, financial situations, input availability and labour markets. Despite the easing of lockdown measures, agrifood transport still has not fully recovered, particularly in Bosnia and Herzegovina, Kyrgyzstan, Turkey and Uzbekistan. These countries also flagged severe storage bottlenecks during the harvesting season. Disruptions in sales have occurred, among other reasons, due to lower demand and stricter food safety controls, mostly for fruits, vegetables, potatoes and live animals. A larger share of livestock farmers reported financial difficulties than did crop farmers and their traders/processors, with the survey showing hampered access to feed, medicines and veterinary products.

“In the spring, after the global COVID-19 pandemic started, export restrictions were introduced in large exporting and net importing countries alike,” Fang said. “Most of these policies have been lifted, fortunately, as trade is crucial in keeping food markets stable and food and agricultural systems alive.”

North Macedonia and Uzbekistan, in addition to other countries, established “green corridors,” a mechanism for customs clearance, to support regional agrifood trade. Digital solutions, such as the Digital Agriculture Marketplace Platform in Turkey, have been adopted in agricultural marketing. Many countries – including Armenia, Azerbaijan, Montenegro, North Macedonia, Republic of Moldova, Turkey and Uzbekistan – have created financial initiatives and programmes to help overcome the financial challenges of the crisis. Decision-makers also have developed social support packages to provide food access to vulnerable populations in Armenia, Bosnia and Herzegovina, Kyrgyzstan, Montenegro and Tajikistan.