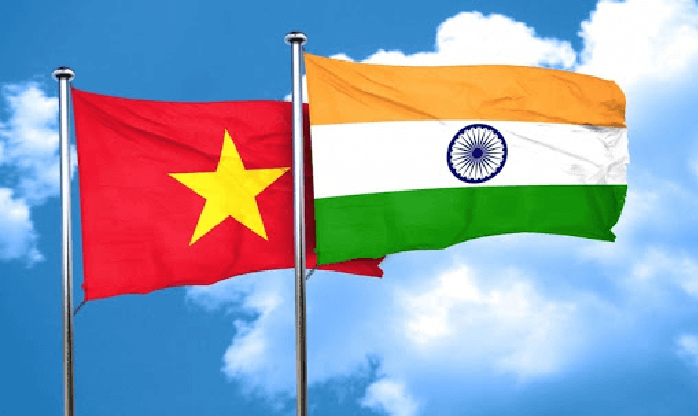 AKIPRESS.COM - China’s belligerence in the South China Sea has drawn the ire of several neighbours including Vietnam who has sharply contested Beijing’s ever-expanding claims, The Eurasian Times reported.

Vietnamese Ambassador to India, Pham Sanh Chau, recently made a ‘courtesy call’ to Indian foreign secretary Harsh Shringla, about flaring tensions with Vietnam, after China deployed its H-6J bomber to the Woody Island, the largest of the disputed Paracel Islands.

During the call to Shringla, Vietnam’s Ambassador Chau updated him on the latest flare-up with Beijing and also expressed his country’s determination to advance “Strong Comprehensive Strategic Partnership” with India. Could this be the next ‘iron brothers’ partnership emerging in Asia after Pakistan and China?

“Both India and Vietnam perceive China as an irredentist and expansionist power that can never be territorially satiated and therefore presents a clear and present danger. India seeks to do to
China what China has done to India, that is, containment and encirclement,” Mohan Malik, a visiting fellow of the NESA Centre for Strategic Studies (a regional centre of the US Department of Defence, told SCMP.

New Delhi has taken a firm stand against growing Chinese expansion. Similar to how India has accused China of unitarily trying to alter the status quo at the Line of Actual Control (LAC) in Eastern Ladakh, Vietnam and other South Asian nations have accused China of doing the same in the South China Sea.

Despite opposition from China, Vietnam has sought India’s greater role in exploring oil and gas blocks off its coast in the South China Sea saying that the area falls in its economic zone. Earlier India had extended a $100 million Line of Credit (LOC) to Vietnam to help acquire Patrol boats. It has also announced another $500 million LOC for Hanoi to help it procure military equipment from India.

According to Derek Grossman, a senior defence analyst at the Rand Corporation, India and Vietnam could further enhance this cooperation by “information sharing, military training and perhaps weapons procurement.” He further added that the militaries of the two countries are highly complementary as they both largely relied on Soviet-era or Russian equipment.

However, some analysts believe that there could be several impediments to this close cooperation. Malik explained that the Indian military was currently on a war-footing for a possible two-front conflict with China and Pakistan, its ability to provide real-time military help to Vietnam was limited.

“However, their intelligence-sharing pact would come in handy for monitoring the movement of the Chinese navy’s surface and subsurface vessels,” Malik added.

Carlyle Thayer, an emeritus professor of the University of New South Wales at the Australian Defence Force Academy, pointed out that any cooperation between India and Vietnam would be threatened by Chinese aggression.

He added that when Vietnam showed interest in buying the BrahMos missile, developed jointly by India and Russia, it was not sold to Vietnam for fear of angering China.

“Any strengthening of India-Vietnam defence ties would be driven by controlled Chinese belligerence towards both India and Vietnam, and would most likely be incremental. Neither India nor Vietnam wants to aggravate their relations with China,” Thayer said.

“In sum, China’s deployment of a single H-6J bomber [to Woody Island] should not be viewed as a game-changer in strategic terms necessitating a sudden acceleration of India-Vietnam defence ties,” Thayer added.