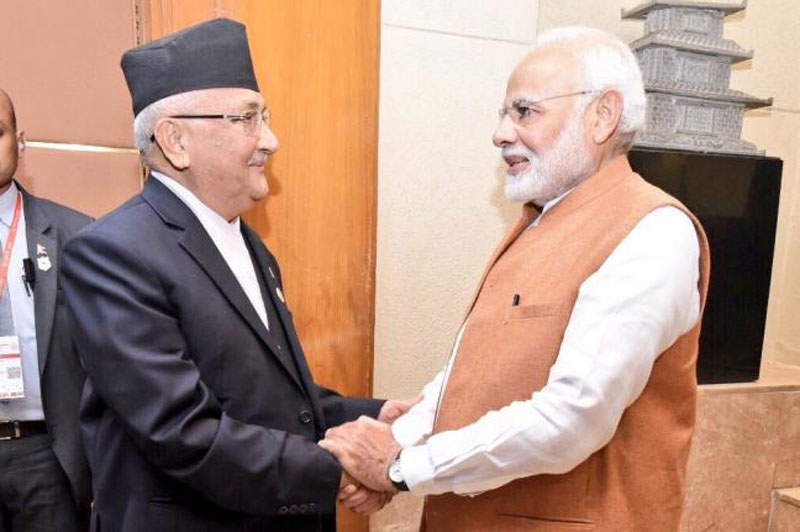 AKIPRESS.COM - The issue of electricity sharing is playing a crucial role in further strengthening the bond between neighbours India and Nepal.

Apart from this step, the two nations have been exchanging electricity from various transmission lines, which range over one dozen.

Nepal mainly has been exporting surplus electricity to India during the monsoon season, when the production soars and consumption decreases during the night. Surplus electricity is being transported to Bihar, Uttar Pradesh and Uttarakhand, three provinces in In India bordering Nepal.

As per record kept by the Nepal Electricity Authority (NEA), a total of 291 Megawatt electricity is being exchanged between Nepal and India.

“Nepal was able to export a total of 10 crores 70 lakh Unit Electricity to India in the year 2019.

Nepal would be able to export a large portion of electricity to India from next year if Upper Tamakoshi in case its starts operating.

“It would be a milestone achievement for us. We will be able to export a large portion of electricity to India. We are planning to produce about 1,300 MW electricity this year only,” the spokesperson for the state-owned electricity authority said.

India has been extending its hands to long-time partner Nepal by supplying various medicines and equipment to fight the Covid-19 crisis, Time of India reported.

The 30,000 PCR kits manufactured by India's molecular diagnostics company Mylab helped Nepal in accelerating its testing capacity against the virus. Understanding the gravity of the situation and increased requirement of ventilators in Nepal, India sent life-saving ventilators to Nepal.

As part of India-Nepal bilateral cooperation, India is involved in infrastructure development of Nepal including roads, cross-border railways, hydropower project, cross border petroleum products pipelines, post-earthquake reconstruction, power and transmission lines, construction of Nepal Police Academy, integrated check posts, Ramayana circuit, agriculture and cultural heritage, among others. India has committed to reconstruct 50,000 earthquake affected houses in Nepal, out of which, reconstruction of 46,301 earthquake affected houses in Gorkha and Nuwakot districts have been completed.