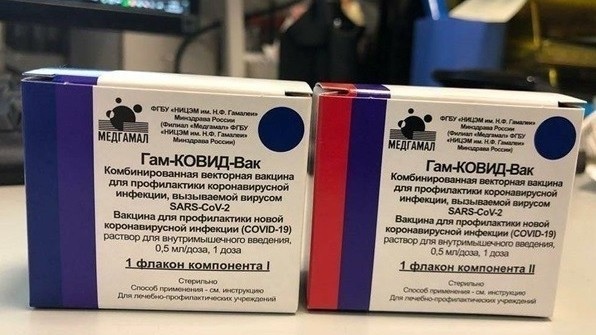 AKIPRESS.COM - Russia has begun releasing its coronavirus vaccine to the general public, the Health Ministry announced Tuesday as developers prepare to conduct large-scale clinical trials while administering the shot to civilians, The Moscow Times reported.

Its developer has said that a yearlong mass vaccination campaign would begin as soon as the Sputnik V vaccine entered civil circulation.

“The first batch of the Gam-COVID-Vac (Sputnik V) vaccine … passed the needed quality tests … and was released into civil circulation,” the Health Ministry said.

“First batches of the vaccine are expected to be delivered to the regions in the near future,” it added without specifying numbers.

Health Minister Mikhail Murashko said Monday that the first deliveries of Sputnik V would be “small for the time being.” He had previously said that the adenovirus-based vector vaccine would first be shipped to health workers and teachers.

The state-run Gamaleya epidemiology and microbiology research center that developed Sputnik V has estimated that it would need to produce 80 million doses to achieve mass immunity.

Gamaleya said earlier that 25,000 out of the needed 40,000 volunteers have been recruited to take part in Phase 3 trials. Ten thousand of them will receive placebos in the double-blind trial.

Russia has officially reported more than 1 million coronavirus infections and almost 18,000 deaths since recording its first case in March.

Recently published peer-reviewed research into early clinical trials said that Sputnik V did not cause serious adverse effects in patients but noted that longer trials are needed to establish its effectiveness.

More than 20 countries have requested over 1 billion doses of Russia’s vaccine despite safety concerns raised by health experts.