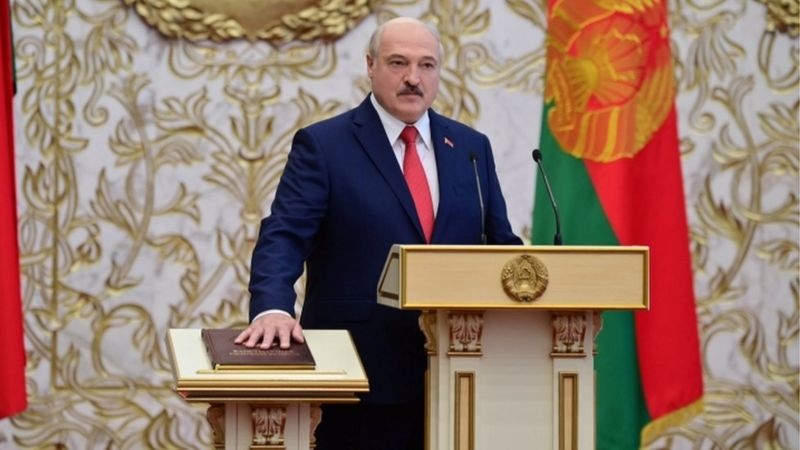 AKIPRESS.COM - Belarus President Alexander Lukashenko, whose re-election last month led to weeks of mass protests, has been inaugurated for a sixth term in an unannounced ceremony, BBC reports.

Streets were sealed off as Mr Lukashenko's motorcade raced through the city, witnesses said.

One opposition politician likened the event to a secret "thieves' meeting".

Instead, state news agency Belta reported on Wednesday: "Alexander Lukashenko has taken office as President of Belarus. The inauguration ceremony is taking place in these minutes in the Palace of Independence."