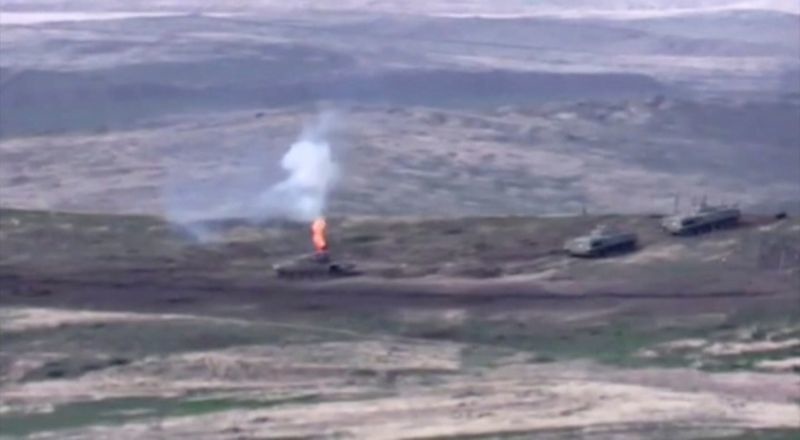 AKIPRESS.COM - At least 16 military members and several civilians were killed on Sunday in the clashes between Armenia and Azerbaijan.

The clashes between the two former Soviet republics, which fought a war in the 1990s, were the latest flare-up of a long-running conflict over Nagorno-Karabakh, a breakaway region that is inside Azerbaijan but is run by ethnic Armenians, Reuters reports.

Nagorno-Karabakh said 16 of its servicemen had been killed and more than 100 wounded after Azerbaijan launched an air and artillery attack early on Sunday. Armenia and Nagorno-Karabakh declared martial law and mobilized the male population.