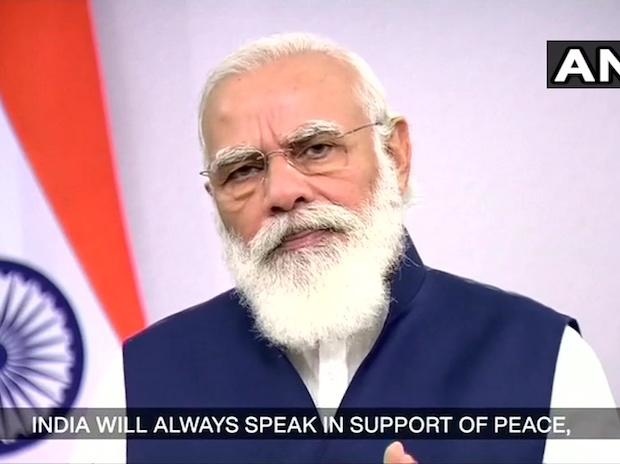 AKIPRESS.COM - Indian Prime Minister Narender Modi while addressing 75th session of the UN General Assembly on Saturday(September 26), made a strong pitch for reforms at the global body and also sought for a larger share of India’s representation in decision-making at the United Nations, Business Standard reported.

While congratulating every member country on behalf of 1.3 billion people of India, on the 75th anniversary of the United Nations, he made a strong pitch for India's inclusion as a Permanent Member of United Nations Security Council. Prime Minister Modi said that "reform in the responses, in the processes, and in the very character of the United Nations is the need of the hour" and wondered as to how long India with its unique contribution to the UN will be "kept out of the decision-making structures" of the world body.

"This is a country with more than 18% of the world population, which has hundreds of languages, hundreds of dialects, many sects, and many ideologies.  This is a country, which was a leading global economy for centuries and also one which has endured hundreds of years of foreign rule. How long would a country have to wait particularly when the transformational changes happening in that country affect a large part of the world?" he asked.

The whole world is fighting the global pandemic of Corona for the last 8-9 months. Where is the United Nations in this joint fight against the pandemic? Where is its effective response?

The international community is faced with a very important question about the relevance of United Nations as the "requirements and challenges" of the present as well as the future are vastly different from those when the world body was constituted in 1945.

"India has always given priority to the welfare of the whole world. India is the country, which sent its brave soldiers to about 50 peacekeeping missions the world over to keep peace. India is that country, which in the course of maintaining peace, has lost the maximum number of its brave soldiers. Today every Indian, while seeing the contribution of India in the United Nations, aspires for India's expanded role in the United Nations," he said.

Modi said the words - Vasudhaiv Kutumbakam - “the whole world is a family”, have often reverberated in this hall of the United Nations. We treat the whole world as one family. It is part of our culture, character and thinking.

India has always thought about the interests of the whole humankind and
not about its own vested interests. This philosophy has always been the
driving force of India’s policies.

He said that India has never hesitated from sharing experiences of its development. Even during these very difficult times of a raging pandemic, the pharma industry of India has sent essential medicines to more than 150 countries. As the largest vaccine producing country of the world, he assured India’s vaccine production and delivery capacity will be used to help all humanity in fighting this crisis. India is moving ahead with phase 3 clinical trials in India and in their neighbourhood.

Prime Minister Modi called for a "serious introspection of the work of the United Nations" as there have been several wars, terrorist attacks which shook the world.