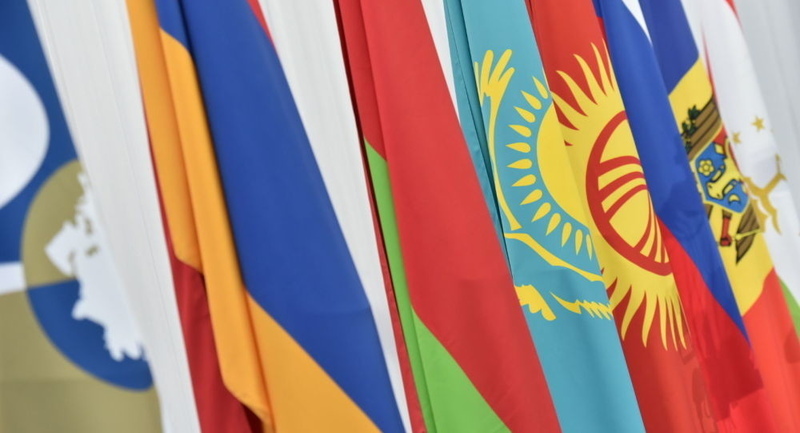 AKIPRESS.COM - India has been in talks with Russia to enter a Free Trade Agreement (FTA) or a Comprehensive Economic Partnership Agreement (CEPA) with the EAEU since its inception in 2015. Such a partnership holds immense strategic potential for New Delhi to boost its relationship with the EAEU member states and counteract China’s growing influence in the region. Russia has been pushing for India’s entry into the Eurasian Economic Union (EAEU) as a third country partner to strengthen its relationship with the Central Asia-Eurasian region, Statecraft reported.

EAEU is a Russia-led free-trade bloc boasting a population of 180 million and a GDP of $1.9 trillion. Its other members are Belarus, Armenia, Kyrgyzstan, and Kazakhstan, while Uzbekistan and Tajikistan are in negotiations to enter the union. Moldova is an observer state.

India’s Connect Central Asia Policy reflects its interest in building ties with countries in the Central Asian Region (CAR) by providing infrastructural support in setting up universities, hospitals, and telemedicine and IT centers; entering joint commercial ventures; and improving connectivity to facilitate joint scientific research, trade, and security partnerships. Especially in terms of connectivity, India has been supportive of projects passing its non-disputed territories, like the Turkmenistan-Afghanistan-Pakistan-India (TAPI) pipeline project, the International North-South Transport Corridor (INSTC), and the Chabahar Port project.

Russia and Kazakhstan, in particular, have been of great strategic importance to India. While Moscow and New Delhi have close ties in science and technology, defense, and nuclear energy and have been looking to strengthen their economic ties, Kazakhstan is India’s largest trade partner in the CAR and the two countries have signed various treaties to cooperate strategically and militarily. New Delhi also has security interests in Tajikistan, which is soon to gain membership to the EAEU. India has educational interest in Kyrgyzstan, as about 15000 Indian students are studying medicine in different universities in Bishkek, Osh and Jalal-Abad regions. India’s historical and cultural connection with Uzbekistan is well known.

But India must extend its outreach beyond just the CAR to encapsulate all of Eurasia, including the CIS countries, which would be facilitated greatly by joining hands with the EAEU through an FTA.

As per the latest data from Indian Directorate General of Foreign Trade, India’s exports to the five EAEU member states were valued at $1,539,617 million, while imports were approximately $5.759 million, proving that the Eurasian market holds high potential for Indian goods. However, a major weakness for New Delhi in its economic linkages with the CAR and CIS countries is a lack of direct and regulated access to the region’s markets, which an FTA would immediately resolve.

Since the formation of EAEU, export of non-basmati rice and oilseeds from India to Russia has been lifted, and Indian entities have also been permitted to export egg powder to its member countries. Further, the increasing credibility of Indian healthcare and pharmaceuticals has also caught the eyes of  he CIS nations, and an FTA would, therefore, tap into the massive economic potential of the pharma industry. A small quantity of pharma products are already imported by Kyrgyzstan.

Duty incentives from an FTA or CEPA would stand to benefit Indian textile exporters as well, as it would make Indian products more cost-competitive in the region. Experts have opined that India’s ever-increasing dependence on EAEU members for chemical products, mining equipment, and vehicles to fulfill its energy, security and infrastructure requirements warrants enhanced cooperation with the Union, especially to further its Make in India initiative. For example, in December, Russian President Vladimir Putin offered to outsource the construction of one of Russia's most advanced helicopters to India. The signing of such agreements would also speed up the supply of defense capabilities to India from Russia and the rest of Eurasia.

Most recently, India pulled out of the Regional Comprehensive Economic Partnership (RCEP), a China-led pan-Asian FTA. The sticking point for New Delhi, according to experts, was skepticism from companies over China’s role, with fears that cheap goods from China will swamp markets and thwart Indian businesses. This also stems from the lack of investments from China in Indian businesses, which is contradictory to Beijing’s dealings with India’s other neighbors like Sri Lanka and Pakistan, and other regions of the world. But these same traders seem to be more comfortable doing business with Russia, as the EAEU is not expected to disrupt the presence of Indian manufacturers in the domestic market, and at the same time can offer market access and investment.

But China has emerged in the EAEU region as a geopolitical force in a much more sustainable manner than the US, as its ties are economically dependent and not visible at the military level. A growing Indian presence in the EAEU would satiate Russia’s concerns as it would help blunt future expansion by the Chinese. This would also be supported by other CAR states who have already established their worries about the prospect of a Chinese FTA initiative, much to New Delhi’s advantage. Strategically, given Indian interests and the untapped potential of the EAEU member states, New Delhi will have to simultaneously work towards maintaining good bilateral relations with EAEU member states and CIS countries.

Close cooperation with the EAEU is a solid mechanism for India to strengthen its involvement in Eurasia, improve its economy, and potentially weaken Chinese influence in the region.