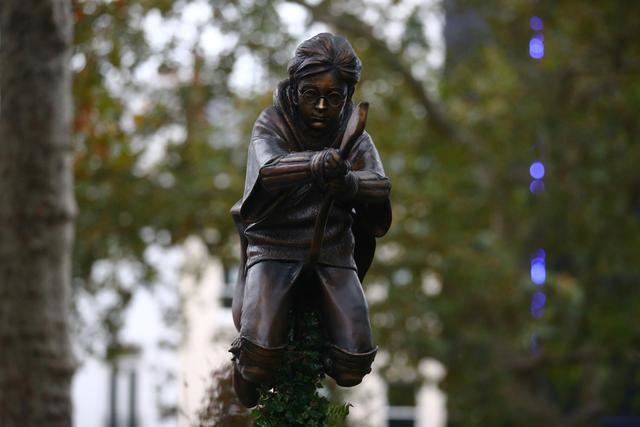 AKIPRESS.COM - A statue of Harry Potter, flying a Nimbus 2000 broom over the Hogwarts Quidditch pitch, was unveiled in London’s Leicester Square, Reuters reports.

The bronze statue, which shows Potter, played by Daniel Radcliffe, is just a few steps from where the film “Harry Potter and the Philosopher’s Stone” had its world film premiere in November 2001.

“We know there are fans of Harry Potter of all ages all around the world and we look forward to welcoming them to the West End and Leicester Square, whenever that will be.”

Potter joins other film icons including Laurel & Hardy, Mary Poppins, Mr. Bean and Paddington as part of ‘Scenes in the Square’, an interactive film trail in Leicester Square.

Some young fans were enthralled.

“I love Harry Potter and have been posing for photos pretending to play Quidditch with the statue all morning,” said Finn Bruce, aged 10. “I love coming into London and I’m happy Harry is here now too.”