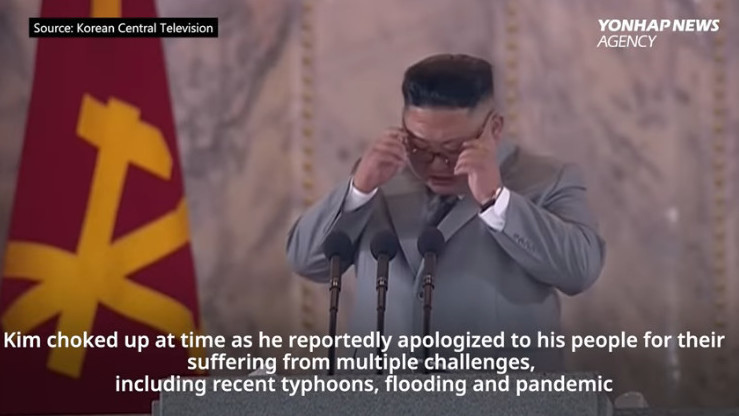 AKIPRESS.COM - Footage has emerged of North Korean leader Kim Jong-un crying as he made a rare apology for unspecified failures on his part, Metro reports.

It’s believed the secretive state’s hardships have multiplied since the coronavirus pandemic, following years of international sanctions in response to its nuclear programmes and multiple natural disasters.

Experts have cast doubt on Kim’s claims that North Korea has not had any cases of the virus, while trade with China, his biggest economic partner by far, has fallen since borders were closed in response to the outbreak.

Speaking at a military parade celebrating the 75th anniversary of the communist Workers’ party, he said: ‘Our people have placed trust, as high as the sky and as deep as the sea, in me, but I have failed to always live up to it satisfactorily. I am really sorry for that.’