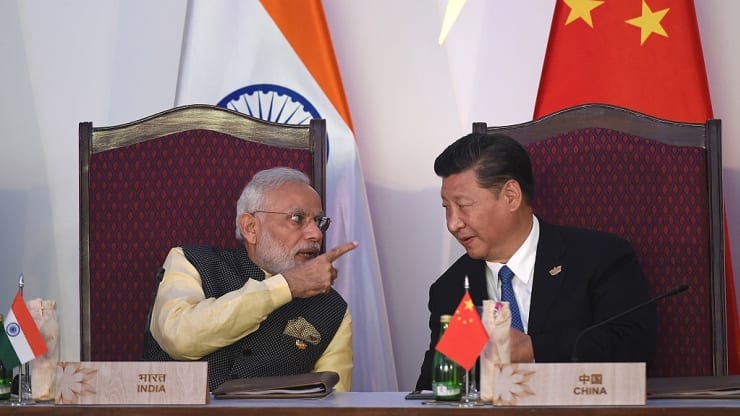 AKIPRESS.COM - On September 2, India banned 118 Chinese apps including major hit games from Tencent and NetEase as well as services from the likes of Baidu and Alibaba affiliate Ant Group.

This also presents an opportunity for U.S. giants which have long seen the world’s fifth-largest economy as critical to their future growth prospects, they said.

As a fallout of China - India border stand off, India banned 118 Chinese apps including major hit games from Tencent and NetEase as well as services from the likes of Baidu and Alibaba affiliate Ant Group.

India’s Ministry of Electronics and Information Technology claimed the apps were “engaged in activities which is prejudicial to sovereignty and integrity” of the country. The government also alleged these services sent citizens’ data to servers located outside of India.

An expert with the Center for Innovating the Future (CIF), a Toronto, based consulting firm, told CNBC by email that Chinese firms are learning a painful lesson. And, that is, the foreign policy of China has hijacked their business. China’s geopolitics with India has led to a nationwide fallout for Chinese firms.

Bloomberg reported in August that Chinese telecoms equipment makers Huawei and ZTE are also set to be shut out of India’s 5G trials. If it happens, India would be following others — including Australia and the U.K. — in excluding Huawei from its next-generation mobile networks. India’s ban on Chinese technology companies presents opportunities for both Indian and U.S. tech firms.

“Certainly, we have seen the Indians taking even a more aggressive stance on banning Chinese apps, Chinese technology, than the United States has proffered in its battle with the Chinese,” Rodger Baker, senior vice president of strategic analysis at Stratfor, told CNBC’s “Squawk Box Asia”.

“Part of that is the Indians trying to stir their own domestic technology, really incentivize the development of their technology sector and try to position themselves also as a place for other countries to be able to invest in technology development.”

“Chinese technology firms know that the days of expanding freely across the world are over. But it also presents an opportunity for American giants in India, a market they’ve touted as a major future growth driver and one they’ve tried to crack with varying degrees of success.

“The banning of Chinese apps leaves a big gap to fill for the industry,” Neil Shah, research director at Counterpoint Research, told CNBC. “It  offers more opportunities for established players from U.S. and elsewhere to expand market share. For example, banning on TikTok is benefiting Instagram Reels,” he added.

“Both India and U.S. are seeing their interests converge. Indian Prime Minister Modi’s biggest rule is self-reliance. From defense to e-commerce, he doesn’t want India reliant on anything foreign. And, while India has built its own domestic software industry, it lags in hardware, like chips.

“At the same time, U.S. firms are looking for a new base to build hardware and a new consumer base to take their products to. It’s a win-win formula.”

Meanwhile, India has proved popular for Facebook and its WhatsApp messaging service, as well as Google’s Android and YouTube video platform.

Both Facebook and Google recently invested over $10 billion collectively into Indian digital services firm Jio Platforms. The investment was seen as a way for both technology giants to get a bigger foothold in the Indian market.

“So partnering with India’s largest, most ambitious and influential telco, gives them a great partner to cement their position and scale in the  Indian market.”