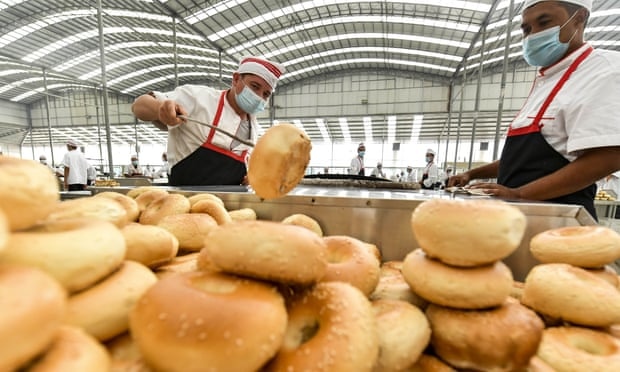 AKIPRESS.COM - China has detected 137 new asymptomatic coronavirus cases in Kashgar in the north-western region of Xinjiang after one person was found to have the virus the previous day – the first new local cases for 10 days in mainland China, Guardian reports.

All the cases detected on Sunday were linked to a garment factory where the parents of a 17-year-old girl who was found on Saturday to have the virus – but showed no symptoms – worked, a Xinjiang health commission official told a press briefing.

The new cases marked mainland China’s first local infections since 14 October, when one was detected in Qingdao. Xinjiang was the site of a local cluster in August, which prompted a “wartime state” of lockdown in the capital Urumqi, but no new cases had been found in the region since 15 August.

Residents reported confusion on Saturday afternoon as flights in and out of Kashgar were suddenly cancelled, and police authorities posted and then deleted a social media message reminding people to wear masks and “not believe or spread rumours”.

Authorities later announced the asymptomatic case, and launched a testing programme on Saturday night covering the region’s 4.75 million people. As of Sunday afternoon, more than 2.84 million people had been tested and the rest would be covered by Tuesday, the city government said in a statement.

China does not classify asymptomatic cases as “confirmed cases” and so far, no cases of people with symptoms have been reported.