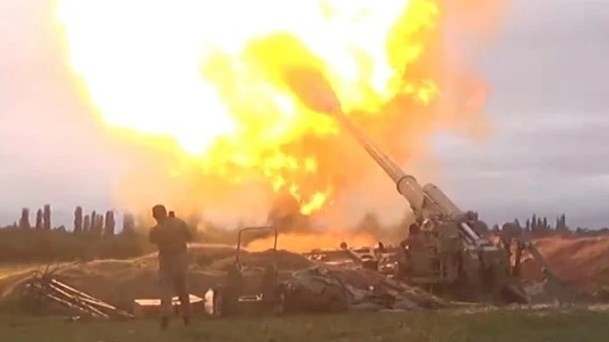 AKIPRESS.COM - India does not have a publicly articulated policy for South Caucasus, unlike 'Neighbourhood First', 'Act East' or 'Central Asia Connect' policies and the region has remained only on the periphery of its radar, WION reported.

India was one of the few major nations that exercised neutrality in the armed conflict between Armenia and Azerbaijan, and thus ensuring early ceasefire. India urged the conflicting South Caucasus nations to exercise restraint and maintain peace in the region. It refused to take sides over the three-decade old ethno-territorial dispute, despite Armenia being the natural ally. New Delhi has stressed on maintaining good relationships with both the arch rival countries. The apparent reasons could be seeking regional stability and safeguarding economic diplomacy. But there is more than that.

Historically, India-Armenia relations date back to centuries old, while the modern days friendship was formalized in 1995. Armenia is the only country in the region with which it has a Friendship and Cooperation Treaty (signed in 1995), which incidentally would prohibit India from providing military or any other assistance to Azerbaijan in case Azerbaijan’s offensive in Nagorno-Karabakh spills over to the territory of Armenia. The friendship treaty was followed by the number of bilateral agreements on trade and commerce, defense, science and technology and double tax avoidance. Armenia has always supported India on Kashmir issues and recently over the abrogation of Article 370. Meanwhile, Azerbaijan chose to join the bandwagon of India’s arch-rivals Pakistan and Turkey. Yet, India preferred not to pick sides.

India has received three heads of states from Armenia but none from Azerbaijan or Georgia. In 2008, India joined Russia, the USA and France and voted against Azerbaijan’s resolution in UNGA which inter-alia demanded “the immediate, complete and unconditional withdrawal of all Armenian forces from all occupied territories of Azerbaijan”. For quite some time now, India’s emphasis is on peaceful resolution of the conflict through diplomatic negotiations.

Azerbaijan is a crucial link of the International North–South Transport Corridor (INSTC), which is a multimodal corridor connecting India to Russia, Europe and Central Asia, facilitating freight movement through rail, road and sea routes. The INSTC is important for India since it would connect India with Russia, Central Asia and other countries within 16-21 days at competitive rates and also help strengthening the trade and investment links with Central Asia. The route would cut short the distance by the 40 percent compared to the existing routes as well as would cost 30 percent cheaper, finds the Federation of Freight Forwarders’ Associations in India. Moreover, the bilateral trade between India and Azerbaijan has grown up by over 300 percent to USD 1,092 million in the past five years. On other hand, India’s bilateral trade with Armenia stood at USD 96.2 million in 2019.

Besides that, the ONGC Videsh, subsidiary of India’s Oil and Natural Gas Corporation Limited (ONGC), is in contract with Azerbaijan for oil production till 2049 while the GAIL (India) is pursuing opportunities in exploration of LNG. On other hand, India has signed USD 40 million deal with Armenia to supply four Swathi Weapon Locating Radar (WLR), ushering into new era of defence cooperation. The economic interest certainly was a major factor for India to stay neutral.

There is another subtle, sensitive aspect to India’s cautious behaviour. India has to walk tightrope between the two extremes of international principles. It is about the principle of territorial integrity advocated by Azerbaijan and the principle of the right to self-determination upheld by Armenia. The recent military action in Nagorno-Karabakh region has its roots in the 1980’s when the Soviet Union had begun to collapse. Though dominated by Armenian ethnic people, the Nagorno-Karabakh has been the part of Azerbaijan since the Soviet era and is internationally recognised as so. However, Armenia had sought the transfer of the region to it even when the Soviet Union was in existence. In 1994, separatist Armenians took control of the region and named it “Nagorno-Karabakh Autonomous Oblast”.

Azerbaijan has been trying to take control of the region through military action calling it its integral part. On the other hand, Armenia supports the right of self-determination of the people of the disputed region though the country does not recognise it politically. India has no interest in acknowledging the demands of Azerbaijan since the Muslim-dominated country has supported the Pakistan’s narrative and its illegal control over the sovereign part of Jammu & Kashmir. If India aligns with the ally Armenia and extend its support to the cause of self-determination, it may give Pakistan and Turkey a tool to misuse it to fuel secessionist emotions in Kashmir. It is in the best interest of India to stay objective.

Pakistan and Turkey have been charged for inciting violence in the Nagorno-Karabakh region. Armenian Prime Minister Nikol Pashinyan alleged that Pakistan deployed its army in the disputed region along with Azerbaijani troops. The involvement of outside player could have led the dispute to snowball into a big war. India’s role so far has been of a mature player as it does not just ask for peaceful negotiations but also sought to keep hostile countries like Turkey out of the dispute.

Under the circumstances India has adopted a balanced and neutral stance and made a politically correct statement in which it has expressed its concern, called for restraint and immediate cessation of hostilities and resolution of conflict peacefully through diplomatic negotiations.

In this context India has also expressed its support for the OSCE Minsk Group’s continued efforts towards peaceful resolution, implying that India is not in favor of the involvement of any other entity, including Turkey.

The peaceful and neutral stand adopted by India and the calls for solution through diplomatic channels must have contributed significantly to Armenia and Azerbaijan agreeing on ceasefire.