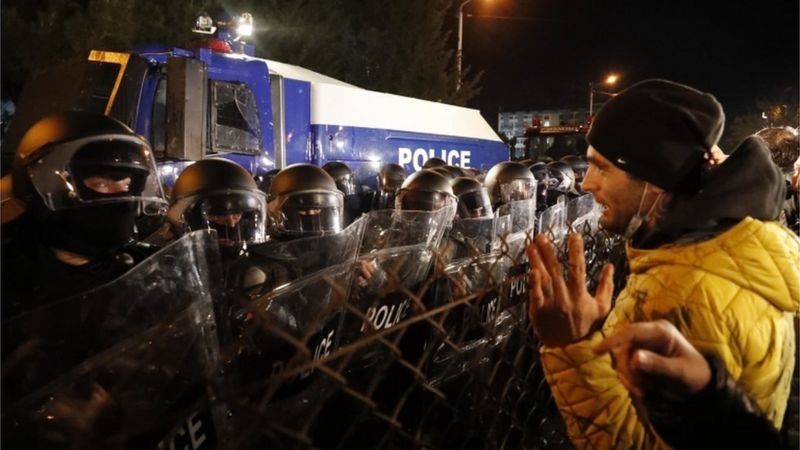 Thousands of people gathered outside the Central Election Commission to demand a new vote, after accusing the governing party of rigging the poll.

The Georgian Dream party has denied the accusations of fraud.

Georgian Dream, which was founded by billionaire Bidzina Ivanishvili and has been in power since 2012, secured over 48% of votes in the 31 October election.

The victory gives the party the right to form the country's next government.

But the thousands of protesters who marched in Tbilisi rejected the result and called for the resignation of both the police chief and the election commission.