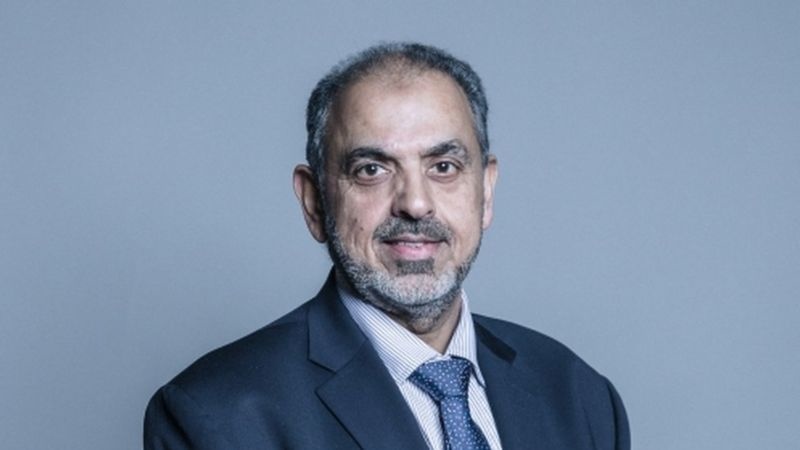 AKIPRESS.COM - A member of the House of Lords in the U.K resigned from Parliament on November 14 after seeing a conduct report recommending he be expelled for sexually exploiting a vulnerable woman, BBC reported.

The Lords Conduct Committee concluded 63-year old Lord Nazir Ahmed of Rotherham emotionally and sexually exploited Ms. Tahira Zaman, who came to him for help in 2017. The inquiry into his behavior followed a BBC Newsnight investigation. Lord Ahmed said the allegations in the report were not true and he would appeal against the decision. Ms Zaman said she was "elated and relieved" at the report's findings.

The Lords Conduct Committee’s 300-page report concluded Lord Ahmed, a Pakistani origin British citizen had exploited Ms Zaman, a Kashmiri origin British citizen despite knowing she was receiving treatment for anxiety and depression. The Lords Commissioner for Standards, Lucy Scott-Moncrieff, said this "exacerbates the seriousness" of his breaches of the code of conduct. On the balance of probabilities, the Commissioner for Standards' investigation found that Lord Ahmed had sexually assaulted her.

The Commissioner for Standards concludes: "I find that it is more likely than not that Ms Zaman went to Lord Ahmed's house at his invitation to discuss the offer made by the police to meet her. "However, he had no intention of forwarding her concerns to the police and his use of the offer of a meeting made in the letter from the police to lure Ms Zaman to his house was dishonest."

Ms Zaman told Newsnight last year: "I was looking for help and he took advantage of me, he abused his power." She said she had approached Lord Ahmed because she thought he could help her get the Metropolitan Police to investigate a faith healer who she believed was exploiting women. Lord Ahmed wrote to the Met Police Commissioner on headed paper.

Lord Ahmed and Ms Zaman met at a restaurant in east London in February 2017 to discuss the case. After dinner, Ms Zaman alleged that Lord Ahmed groped her upper thigh. Ms Zaman says she was shocked by his behavior and broke off contact. But, encouraged by a friend, she messaged Lord Ahmed on 14 July that year to ask if he had received a reply from the police. He said he had and they arranged to meet at his house in East London to discuss it. She told Newsnight last year: "He was saying I'm beautiful and, you know, he really likes me." Later that evening, in September 2017, they had sex.

Lord Ahmed continued to pursue her and Ms Zaman felt they were entering into a relationship. But Ms Zaman says that after two months the relationship ended. She says she realized she had been exploited.

Ms Zaman first complained to the House of Lords about Lord Ahmed's behavior in January 2018. She approached Newsnight after the Commissioner for Standards told her Lord Ahmed could not be investigated because the code of conduct only covered his parliamentary "duties" - mainly proceedings of the House of Lords.

Newsnight began to investigate the Lords' decision not to accept Ms Zaman's complaint, for a film broadcast in February last year. Lord Carlile QC, a former deputy high court judge, said the Commissioner for Standards had "got it wrong", adding: "If someone comes to you for help, particularly if they're vulnerable and you form a sexual relationship, actually that's disgraceful."

Ten weeks after the film was broadcast, the House of Lords changed the wording of the code to cover parliamentary "activities", rather than just "duties". It was retrospective and so covered Lord Ahmed's behavior. Ms Zaman re-submitted her complaint, which led to a detailed investigation by the Commissioner for Standards.

Responding to the report, Ms Zaman said: "I feel elated and relieved because the whole experience for me was quite traumatizing. I'm still digesting, digesting it. "I keep on telling myself that I've got what I wanted - I wanted justice."

Interestingly, "Lord Ahmed did not deny that a sexual relationship had taken place" but refused to accept that he was in breach of the Code of Conduct.

Lord Ahmed said: "I am extremely disappointed by the report of the conduct committee, which is based on a flawed and unfair investigation process. "I have always said, and maintain, that the allegations contained in the report are not true. "Given this, I am now going to continue pursuing my appeal to the European Court of Human Rights to remedy this injustice."

The development comes after several women of Kashmiri-origin accused Lord Ahmed of exploiting women using his position as a parliamentarian. Though he projected himself as a crusader of Kashmir cause yet in reality he used his position to sexually exploit Kashmiri women.

A group of Kashmiri women in London launched a Hollywood style #MeToo protest campaign against politicians including Lord Nazir Ahmed and faith healers who are exploiting vulnerable women in the Kashmiri community, the committee report stated.