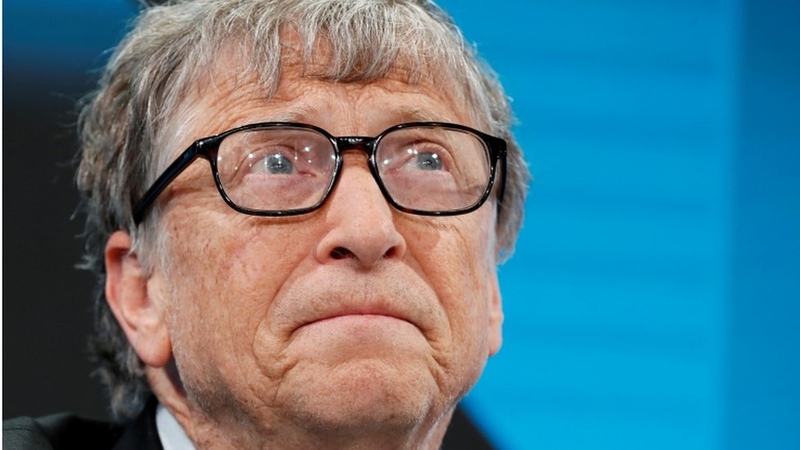 AKIPRESS.COM - "If people are going to study one country right now, other than China, I'd say they should look at India," Bill Gates said, NDTV reported.

Tech pioneer Bill Gates praised India's policies for financial innovation and inclusion, saying his philanthropic foundation is working with other countries to roll out open-source technologies modeled on the country's implementation.

India has built ambitious platforms for universal identification and digital payments, including the world's largest biometric database and a system for sending rupees between any bank or smartphone app.

Gates said those policies have drastically reduced the cost and friction of distributing aid to the poor, especially during the pandemic.

"If people are going to study one country right now, other than China, I'd say they should look at India," Gates said at the Singapore Fintech Festival on December 8. "Things are really exploding there and innovation around that system is phenomenal."

Indian digital payments took off after the government pushed demonetization in 2016, invalidating most of the country's high-value bank notes in a move to curb corruption and push Indians away from cash.

The Unified Payments Interface, or UPI, has been aided by booming smartphone use and wireless data rates that are among the lowest in the world. India mandates that companies use its UPI platform so payments can be sent easily among all services, including those from Facebook Inc., Amazon.com Inc., Walmart Inc., Paytm and any new upstart. Zero user fees are also required.

"India is a great example," the co-chairman of the Bill & Melinda Gates Foundation said during the virtual conference.

His organization is now helping some countries that don't have established standards to roll out similar systems based on open-source technologies, he added. India's biometric system -- called Aadhaar or "foundation" in Hindi -- has raised privacy concerns because it can also be used for government surveillance of citizens. Prime Minister Narendra Modi opposed the system before coming to power, but has since embraced it. Countries such as Russia, Morocco and Bangladesh have expressed interest in the approach.

Gates, overall, was optimistic about how quickly vaccines were being developed to address the Covid-19 pandemic. He expects there will be about six treatments available in the first quarter of next year, which he called a significant accomplishment.

"Digital things overall -- remote learning, telemedicine, digital finance -- were greatly advanced," he said. "So even though the pandemic has been terrible, it has pushed some of these innovations, including how quickly we make vaccines."

But Gates warned that addressing the virus has to be done in an equitable way -- rich countries shouldn't get to decide who gets access to vaccines. That's why his Bill & Melinda Gates Foundation is working with global manufacturers, including the Serum Institute in India to manufacture AstraZeneca and the University of Oxford's coronavirus vaccine and also to make sure there are sufficient dosage numbers at reasonable prices.

He said he expects vaccines to put an end to the coronavirus in 2022, though he warned against complacency. "We can't forget that another pandemic will come, so we need to invest and be ready," he said.