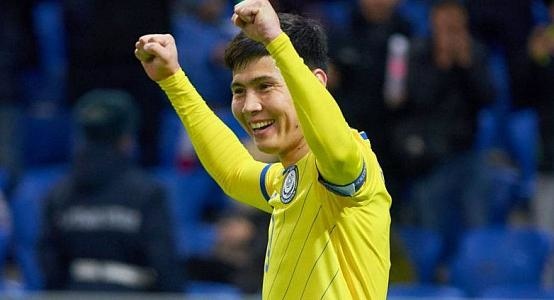 "The period of suspension of the 27-year-old midfielder of the Al-Ain (UAE) club starts on November 9, 2020," said the press service of the Asian Football Confederation.

The Kazakhstan Football Federation (KFF) noted that they consider the punishment to be unreasonably harsh.

“In September of this year, the footballer passed a positive doping test in the framework of the AFC Champions League and was barred from participating in the matches for the club and the national team of Kazakhstan, his absence in the matches of the League of Nations had a negative impact on the results of our team's performance. KFF decisively and officially lodges a protest to the AFC against the decision. Long before passing the test, Bauyrzhan Islamkhan was at FC Al-Ain in strict quarantine, eating exclusively provided food and drinks, with a high probability the prohibited drug entered the player's blood by accident, ”said the statement