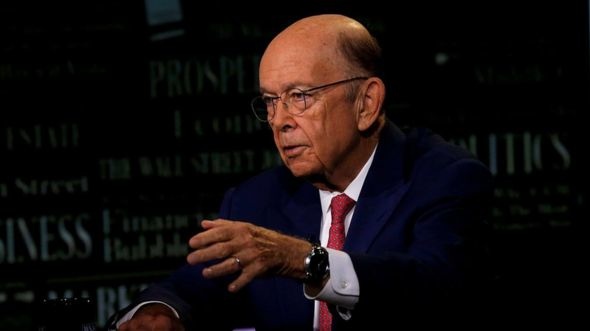 US exporters will be required to get a license before they transfer "designated items" to companies on the blacklist. The list includes a large number of Chinese aerospace companies as well as some Russian entities.

It is part of a wider push by Donald Trump to maintain pressure on China before he leaves office. Tensions between Washington and Beijing have grown over the past year on a number of sensitive issues.

President Trump blamed China for the coronavirus pandemic, while his administration has been critical of a new national security law imposed in Hong Kong.

In addition to companies with possible military connections, the US government has recently added additional restrictions on Chinese technology companies. On December 18, the US added dozens of Chinese companies to another US trade blacklist, including the country's top chipmaker, SMIC, and Chinese drone-maker DJI.

Earlier this month, the Federal Communications Commission (FCC) also ordered US telecommunications providers to remove equipment made by Chinese communications giant Huawei from their networks.

The new list applies to entities that "represent an unacceptable risk of use in or diversion" for military purposes in China, Russia or Venezuela. "The  Department recognises the importance of leveraging its partnerships with US and global companies to combat efforts by China to divert US technology for their destabilising military programmes," said Commerce Secretary Wilbur Ross in a statement. The initial list includes 103 companies, but an interagency body may add or delete companies from it.

China recently introduced its own tough new laws restricting the export of "controlled items”. The rules primarily focus on the export of military technologies and other products seen to potentially harm China's national security.

US and China have been involved in a trade war since 2018 introducing a series of taxes on a range of imported goods.