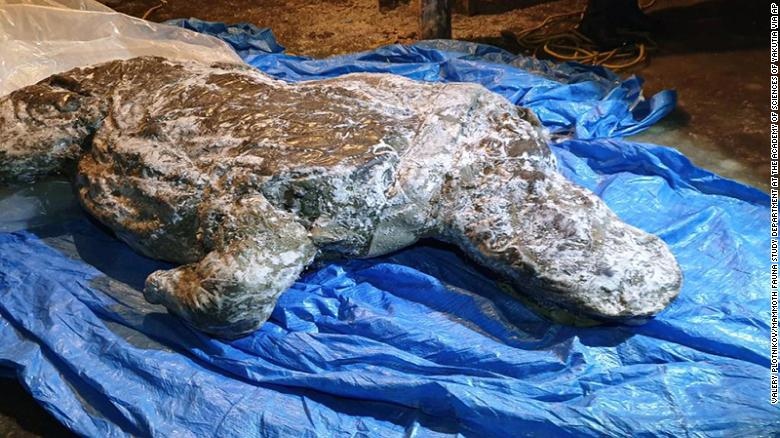 The well-preserved carcass with most of its internal organs still intact was released by permafrost in August.

AKIPRESS.COM - Russian scientists are poring over the well-preserved remains of a woolly rhinoceros that likely roamed the Siberian hinterland more than 12,000 years ago after it was found in the diamond-producing region of Yakutia, CNN reported.

Similar finds in Russia's vast Siberian region have happened with increasing regularity as climate change, which is warming the Arctic at a faster pace than the rest of the world, has thawed the ground in some areas long locked in permafrost.

The rhino was found at a river in August complete with all its limbs, some of its organs, its tusk -- a rarity for such finds -- and even its wool, scientist Valery Plotnikov was quoted as saying by Yakutia 24, a local media outlet.

Plotnikov said the woolly rhino may have lived in the late Pleistocene era, which ended 11,700 years ago.
The beast appeared to use its tusk to gather food, judging by the erosion marks found on it, the scientist said.