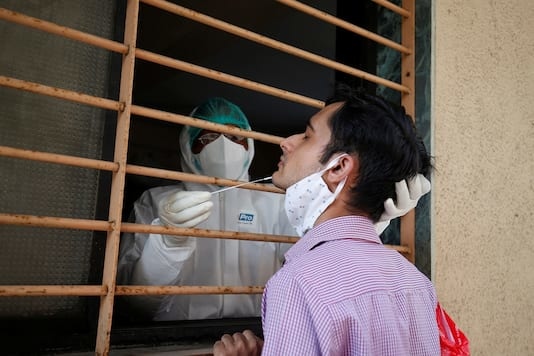 AKIPRESS.COM - Herd immunity is a form of indirect protection from infectious disease that sets in when a sufficient percentage of a population has become immune to an infection, new18.com reported.

The absolute number of people infected with Covid-19 in India may never be known but much of the scientific community agrees the downward trajectory of the disease is real and can likely be attributed to localised' herd immunity and a younger population. As scientists attempt to understand India's sliding COVID count, the country on January 4 recorded 16,504 new COVID-19 cases, more than six times lower than the highest daily spike of 97,894 on September 16 last year. While India’s COVID-19 numbers are on a definite decline for a combination of reasons, a vaccination programme continues to be important, particularly given the presence of a mutant, more transmissible strain, several experts said while cautioning against infection upticks ahead.

It's not the absolute numbers, but the trajectory that is important, said Shahid Jameel, Director, Trivedi School of Biosciences, Ashoka University, looking at India's COVID graph. Noting that it is impossible and impractical to have true numbers during a pandemic, or even after that, unless everyone is tested, the virologist said COVID-19 cases in the country have gone down steadily since the peak in mid-September.

Reflecting the national trend, the capitalDelhi's graph has also been on a downward slide with 384 fresh COVID-19 cases recorded on January 4, the lowest in over seven months, raising hopes that herd immunity may have set in.

Nothing has changed drastically in testing or behaviour since mid-September. So relatively speaking, it's a downward trajectory, Jameel told PTI. The trend of lower numbers appears to be real and the rate of spread of the infection is likely to have reduced, said immunologist Satyajit Rath from New Delhi's National Institute of Immunology (NII).

Given the large number of infections in the first wave, it is certainly conceivable that some population immunity has set in and it is difficult for the virus to transmit as easily as it had in the first round, said epidemiologist and economist Ramanan Laxminarayan. For that reason, it is doubtful India will have a second wave as big as the first one, he explained.

India has been protected by its relatively young population — 65% of the country is under the age of 35 and infections in those age groups have likely slowed down overall transmission, Laxminarayan, founder and director of the Center for Disease Dynamics, Economics & Policy in Washington, told PTI. Jameel added that while it is unclear what per cent infection or exposure is needed for herd immunity for COVID-19, most epidemiologists believe it would be 60 per cent or above.

Advising caution, Laxminarayan said there certainly seems to be a natural decline in the numbers of infections overall across most states, but that has been seen before in many other countries where there is now a rise in cases.

Discussing a vaccine, Laxminarayan said everyone should get a shot, regardless of whether or not people have had a COVID infection. Immunity through direct exposure can be variable and not as reliable as immunity acquired through vaccination, he added.

India’s active caseload is now 2,43,953 with recoveries inching close to the 10 million mark. According to India’s Health Ministry data, the total number of recovered cases has surged to 99,46,867, which translates to a recovery rate of 96.19 per cent.