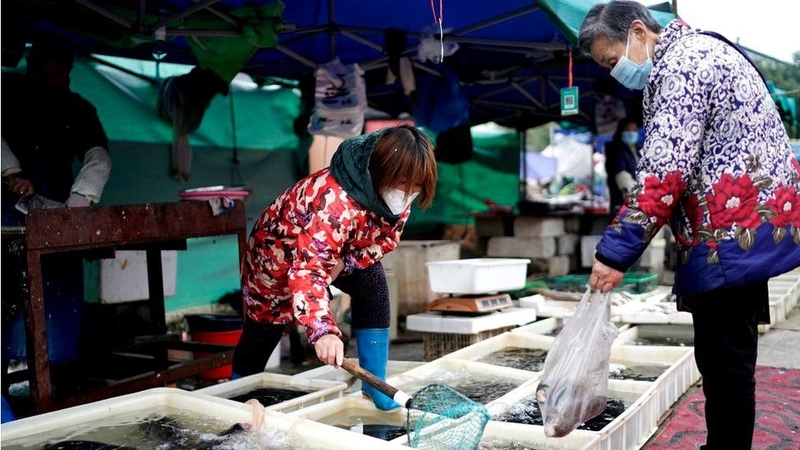 Photo: Getty Images // It was initially believed that Covid-19 originated at a market in Wuhan

AKIPRESS.COM - A World Health Organization (WHO) team due to investigate the origins of Covid-19 in the city of Wuhan has been denied entry to China, BBC reported.

Two members were already en route, with the WHO saying the problem was a lack of visa clearances. However, China has challenged this, saying details of the visit, including dates, were still being arranged.

The long-awaited probe was agreed upon by Beijing after many months of negotiations with the WHO. The virus was first detected in Wuhan in late 2019, with the initial outbreak linked to a market.

WHO chief Tedros Adhanom Ghebreyesus said he was "very disappointed" that China had not yet finalised the permissions for the team's arrivals "given that two members had already begun their journeys and others were not able to travel at the last minute".

"I have been assured that China is speeding up the internal procedure for the earliest possible deployment," he told reporters in Geneva on January 5, explaining that he had been in contact with senior Chinese officials to stress "that the mission is a priority for WHO and the international team".

Chinese foreign ministry spokesperson Hua Chunying told the BBC "there might be some misunderstanding" and "there's no need to read too much into it".

"Chinese authorities are in close co-operation with WHO but there has been some minor outbreaks in multiple places around the world and many countries and regions are busy in their work preventing the virus and we are also working on this," she said.

"Still we are supporting international co-operation and advancing internal preparations. We are in communication with the WHO and as far as I know with dates and arrangements we are still in discussions."

The WHO has been working to send a 10-person team of international experts to China for months with the aim of probing the animal origin of the pandemic and exactly how the virus first crossed over to humans. Last month it was announced that the investigation would begin in January 2021.

The two members of the international team that had already departed for China had set off early on Tuesday, said the WHO. According to Reuters news agency, WHO emergencies chief Mike Ryan said one had turned back and one was in a third country.

Covid-19 was first detected in the Chinese city of Wuhan in central Hubei province in late 2019.

It was initially believed the virus originated in a market selling exotic animals for meat. It was suggested that this was where the virus made the leap from animals to humans.

But the origins of the virus remain deeply contested. Some experts now believe the market may not have been the origin, and that it was instead only amplified there.

Some research has suggested that coronaviruses capable of infecting humans may have been circulating undetected in bats for decades. It is not known, however, what intermediate animal host transmitted the virus between bats and humans.