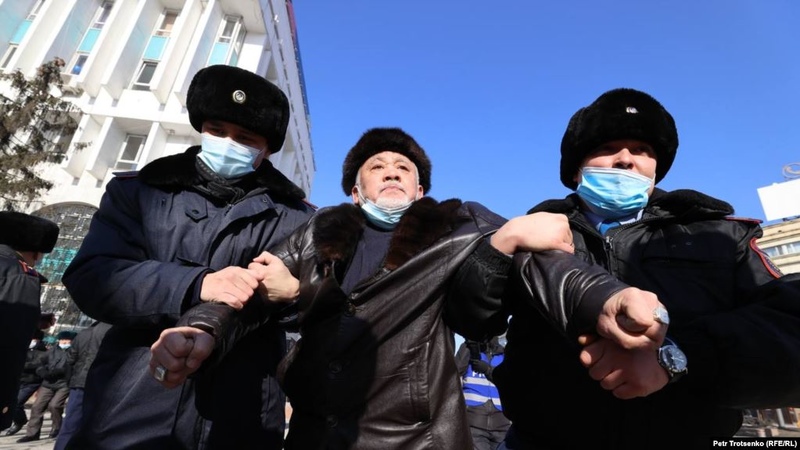 AKIPRESS.COM - Voters in resource-rich Kazakhstan are going to the polls in an election lacking any serious opposition and with government critics already calling for nationwide protests on election day, RFE/RL reported.

Dozens of activists were detained in at least three major cities, including the capital, Nur-Sultan, and there were reports of independent observers being denied access or detained at some polling stations.

Internet blockages were reported as ballots were cast in the country's largest city, Almaty, where one demonstration was organized.

At least one banned opposition party gathered for an afternoon rally in the capital, where they joined scattered calls for a boycott of the vote.

Police surrounded the demonstrators and detained more than a dozen people at that event.

In Nur-Sultan, several activists were abducted from their homes.

The only officially registered political party that labels itself as an opposition group, the All-National Social Democratic Party (OSDP), announced in November that it was boycotting the elections because Kazakhstan's political landscape continues to be dominated by the "same" political elite.

The elections will decide 98 of 107 seats in the Mazhilis. Nine other seats will be separately elected by the Assembly of People of Kazakhstan -- a political body chaired by Nazarbaev designed to represent ethnic groups in the country.

The last parliamentary elections in Kazakhstan were held in March 2016.