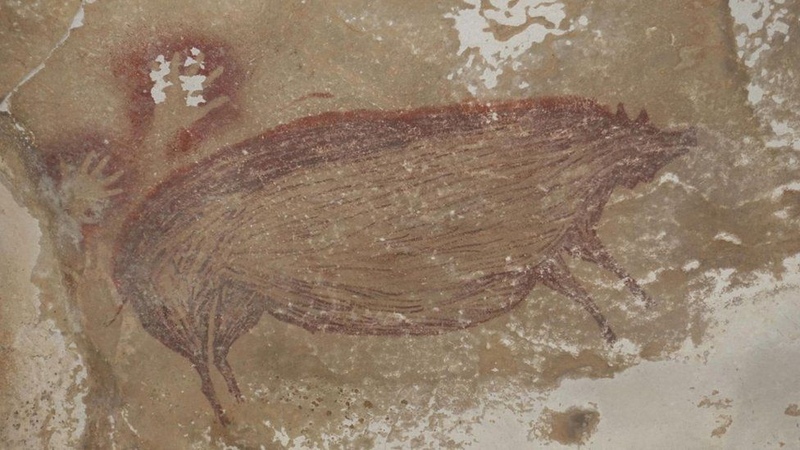 Painted using dark red ochre pigment, the life-sized picture of the Sulawesi warty pig appears to be part of a narrative scene.

The picture was found in the Leang Tedongnge cave in a remote valley on the island of Sulawesi.

It provides the earliest evidence of human settlement of the region.

"The people who made it were fully modern, they were just like us, they had all of the capacity and the tools to do any painting that they liked," said Maxime Aubert, the co-author of the report published in Science Advances journal.

A dating specialist, Aubert had identified a calcite deposit that had formed on top of the painting, and used Uranium-series isotope dating to determine that the deposit was 45,500 years old.