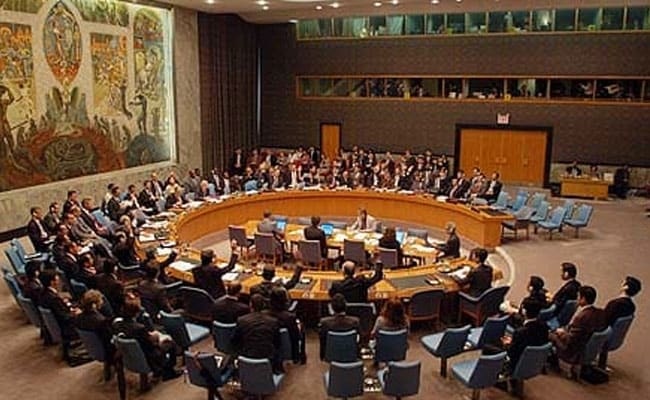 AKIPRESS.COM - India, which has been at the forefront of the years-long efforts to reform the UN Security Council, on January 01 began its two-year tenure as a non-permanent member of the powerful organ of the world body, NDTV reports.

Earlier on January 4, India’s flag was installed at the UNSC stakeout. In 2021, India, Norway, Kenya, Ireland and Mexico join non-permanent members Estonia, Niger, Saint Vincent and the Grenadines, Tunisia and Vietnam and the five permanent members China, France, Russia, UK and the US in the Council. India will be UNSC President in August 2021 and will preside over the Council again for a month in 2022. The Presidency of the Council is held by each of the members in turn for one month, following the English alphabetical order of the Member States names.

India, the endorsed candidate from the Asia-Pacific States, won 184 votes out of the 192 ballots cast in the elections in June 2020 for the five non-permanent seats of the Security Council. India has been at the forefront of the years-long efforts to reform the Security Council, saying it rightly deserves a place as a permanent member of the council, which in its current form does not represent the geo-political realities of the 21st century.

Addressing the virtual high-level General Assembly session in September 2020, Prime Minister of India, Narendra Modi had said that as a Security Council member, India will not hesitate to raise its voice against the enemies of humanity, including terrorism and will always speak in support of peace, security and prosperity. Modi had also asserted that reform in the responses, processes and in the very character of the United Nations was the "need of the hour" as he questioned that for how long will India, the world's largest democracy and home to 1.3 billion people, be kept out of the decision-making structures of the UN.

India's Permanent Representative to the UN has said that as the world's largest democracy, India will promote fundamental values like human rights and development and reinforce multilateralism while underlining the need for greater cooperation in the United Nations Security Council. India's message will also be to ensure "how do we let diversity flourish in a united framework, which is in many ways the United Nations itself. This is something which India as a country, as what we stand for" will take to the Council. India is expected to emphasize a greater need for cooperation in the Council, which, it said, should not be a place where "because of any paralysis of decision making, urgent requirements don't get properly focused. India is also expected to emphasize the importance of respect for rule of law and international law.