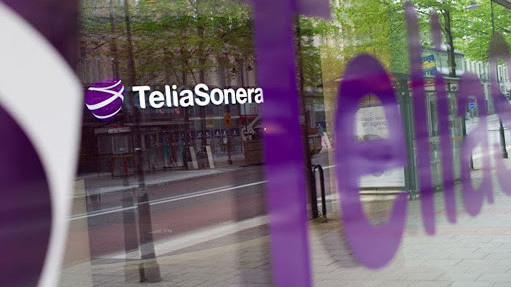 AKIPRESS.COM - A court in Stockholm has upheld acquittal for Lars Nyberg, former president of telecoms group Telia, and two associates in a case involving multi-million dollar payments made to Gulnara Karimova, daughter of the former president of Uzbekistan, OCCRP reported.

The three men were suspected of having Telia transfer approximately US$320 million to Karimova in exchange for licenses to operate in the notoriously corrupt Central Asian country — allegations that first came to light in investigations conducted by OCCRP and Swedish Television (SVT) in 2012.

A lower court had acquitted the defendants in February 2019 on the basis that the men were not technically ‘bribing’ Karimova. It was this same legal limitation that saw their acquittal upheld by the court of appeal on Thursday.

There was no dispute during legal proceedings that Karimova had ultimately been the beneficiary of the payments made by Telia.

While the prosecution sought to argue the transfer of hundreds of millions of dollars had been corrupt in nature, the court ultimately decided against this because, according to Swedish legal requirements, Karimova would have to have been in charge of government decisions regarding telecoms in order for the formal definition of bribery to apply.

Since she did not occupy a public office that was relevant to telecoms, the court ruled that she could not be included “in the narrow circle of bribeable persons according to Swedish law.”

“The prosecutor has not proven that Gulnara Karimova had any position or assignment with ties to the telecom sector,” Judge Kerstin Elserth said, adding they had also failed to demonstrate the money had gone to anyone with an official public role in the country.

It remains for Sweden’s Attorney General to decide whether to pursue further appeal in the Supreme Court.

Shortly after the verdict, chief prosecutor Kim Andrews told OCCRP that such an interpretation of Sweden’s bribery laws was “offensive.”

“It means that Swedish companies can jump queues by paying a dictator or a member of a dictator’s family for lucrative deals in known kleptocracies,” he said.

He also said that the result means “Sweden is failing to live up to its international obligations to prevent precisely this kind of behaviour, and that we leave it to other European countries and the United States to clean up our mess.”

“I doubt that is what the lawmakers intended,” he added.

“We argued all along that the case be dropped, precisely because Karimova could not be bribed, according to the law,” he told OCCRP.

“It is not my position to like the law or not, but if sentences are not to the lawmaker’s liking, they can change the law. That is how the process is supposed to be,” he added.

All three foreign telecom operators, Telia, the Russian-Norwegian company Vimpelcom, and Russian MTS, implicated in the scandal exposed by OCCRP and its partner centres have admitted breaking U.S. bribery laws, going on to reach settlements with the Department of Justice (DOJ).

Telia reached the agreement in 2017 and paid $965 million in penalties even if, as Pleijel pointed out, “that admission had nothing to do with the Swedish indictment.”

The telecom company’s arrangement with the DOJ was entered into after Nyberg’s departure, and did not concern individual responsibility for the scandal, Pleijel stressed.

”Companies accused in the U.S. of corruption often enter such agreements. They admit guilt and pay penalties, based on what they think is best for the company,” Pleijel said.

Despite the settlement with the DOJ, and the acquittals in Sweden, the case may not be over for Nyberg and the other defendants, at least not in the U.S.

Their legal teams have said American authorities may still have a case against them personally.

This has not been confirmed by the DOJ, although OCCRP and SVT revealed in September 2020 that U.S. investigators, and others, have gathered evidence in the case that was not part of the Swedish indictment, or the initial legal settlement.

A spokesperson for the DOJ declined to comment on the recent ruling.