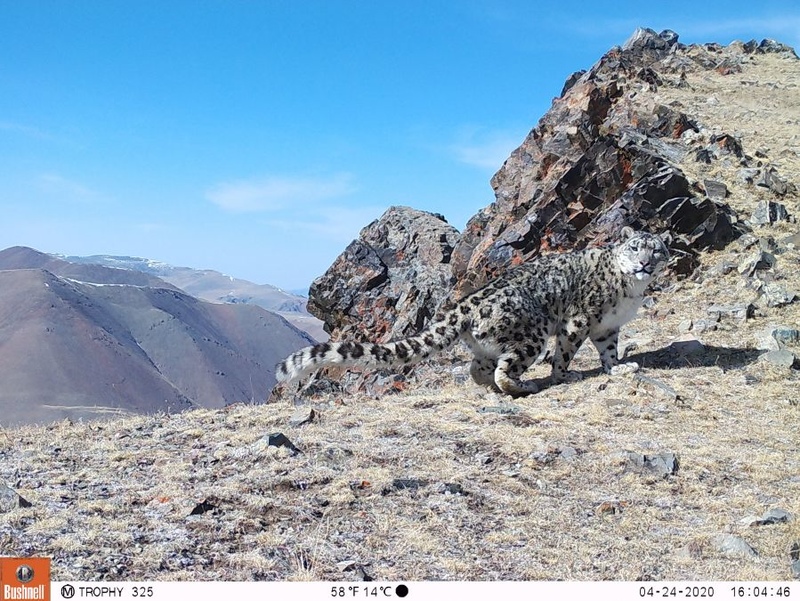 AKIPRESS.COM - Mongolia released the results of its first nationwide snow leopard survey, showing that there are 953 (806 – 1127) of these adult big cats in the country, Montsame reports.

WWF-Mongolia, and partners including Snow Leopard Conservation Foundation, Snow Leopard Trust, Irbis Mongolia Center, successfully completed the large-scale study to assess the current range and the population size of snow leopard in Mongolia with support from the Ministry of Environment and Tourism of Mongolia.

The assessment, initiated in 2017, was completed with more than 40 field surveys over 4 years, involving over 500 people: researchers from the partner organizations, the National University of Mongolia and the Mongolian Academy of Sciences, rangers from the State Protected Areas, and local citizens. During the survey, 15 snow leopards were collared, and 1,475 camera traps deployed at 29 mountains which provided photographic evidence of the elusive big cats across the habitat, confirming their presence.