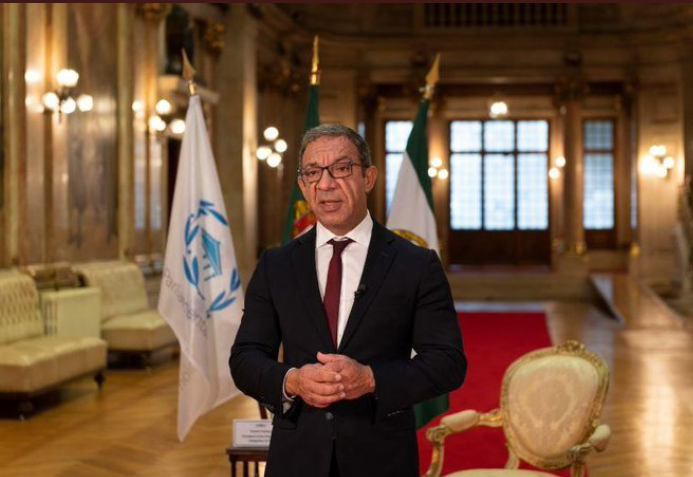 AKIPRESS.COM - Inter-Parliamentary Union President Duarte Pacheco who is on a visit to India, addressed Members of Indian Parliament at the Central Hall on March 16 and thanked India for its support for Portugal's election to the IPU, stating that New Delhi and Lisbon are brothers, wionews.com reported.

"I came to New Delhi to show that you have a friend, a special friend in IPU. This special relationship is not just personal. We have a special relationship between our two countries. Portugal and India have over 500-year-old relations, so we know each other so better that I may say that we aren't just friends, we are brothers," Pacheco said.

He added, "India is the largest democracy in the world and in all levels, from local to national, is looking to be more inclusive with more women and young people. India respects convictions, political and religious, of each person."

He further expressed Portugal's support for the reform process and the inclusion of India as a permanent member of the United Nations Security Council stating that India 'is an important player' in all fields 'whose opinions are respected'.

"I think India should achieve the place you should have in all international levels... In the United Nations, Portugal supports reform process (to the Security Council) and inclusion of India as a permanent member of the Security Council," he said. He further told the MPs that he 'feels at home'.

Speaker of Parliament’s Lok Sabha (Lower House) Om Birla said that India is the world's largest working democracy and represents 1.3 billion people of the country adding that the Central Hall is a witness to independence.

The President of the Inter-Parliamentary Union is in India on a seven-day visit. "It is impossible for us to interfere with the internal matters of a country, but can say that the Indian economy under the leadership of PM Narendra Modi is amazing," Pacheco said.

Praising Indian society and its vitality, the IPU president added, "I wish we had a society in Europe that has the same vitality that we find here in India. Other continents are thinking in past, in history but here in India towards a better future."

The Inter-Parliamentary Union formed in 1889, is one of the oldest and largest international parliamentary body consisting of more than 179 members.

Pacheco, a Member of Parliament of Portugal, was recently elected as the President of IPU, an international organization of national parliaments, for a three-year term from 2021 to 2023. He is visiting India at the invitation of the Parliament of India.