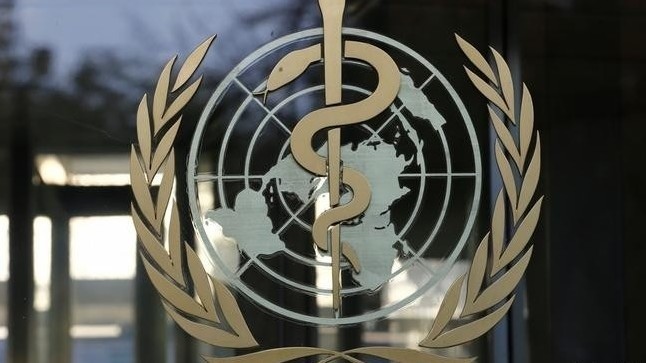 AKIPRESS.COM - As of 18 March, 4 paralytic cases of children infected with circulating vaccine-derived poliovirus type 2 (cVDPV2) have been reported in Tajikistan, with several cVDPV2 cases detected in community and close contacts, WHO said.

The first cVDPV2 case with onset of acute flaccid paralysis (AFP) was reported on 22 November 2020 in Khatlon Province, linked to a virus strain currently circulating in Pakistan. A second case of cVDPV2 was confirmed in February 2021 in a child that presented with AFP in Khatlon Province. On 8 March, 2 more cVDPV2 cases with AFP were confirmed in Hisor District. In addition, 3 environmental samples from the newly established surveillance site in Dushanbe were reported cVDPV2 positive.

A thorough investigation is underway including visits to hospitals, contact tracing and review of subnational vaccine coverage data. To ensure that any current or past cases of the virus are detected, surveillance in the country has been intensified, including with the establishment of environmental surveillance. In February 2021, the country completed a planned nationwide inactivated polio vaccine (IPV) catch-up campaign to ensure that all children who may have missed receiving protection against type 2 poliovirus are protected from becoming sick and suffering potential paralysis should they come into contact with the virus. According to the WHO–United Nations Children’s Fund (UNICEF) routine immunization estimates, routine coverage with IPV was estimated to be 96% in 2019 and over 90% in 2020. The catch-up campaign in February similarly achieved high coverage among the remaining type 2-naive children. WHO is further working closely in partnership with the Global Polio Eradication Initiative (GPEI) and health authorities to prepare for a supplemental immunization campaign using the novel oral polio vaccine type 2 (nOPV2) to interrupt transmission of the type 2 virus.

On 8 March 2021, the detection of cVDPV2 cases in Tajikistan was reviewed by WHO and designated as a grade 2 emergency. This internal grading by WHO allows the mobilization of the needed resources, including for the provision of surge support for various technical areas to the WHO Country Office. Neighbouring countries are included in the graded emergency as these countries should be prepared and ready to prevent, detect and treat polio cases.

The oral polio vaccine (OPV) that has brought the wild poliovirus to the brink of eradication has many benefits: the live attenuated (weakened) vaccine virus provides better immunity in the gut, which is where polio replicates. The vaccine virus is also excreted in the stool, and in communities with low-quality sanitation, this means that it can be spread from person to person and actually help protect the community.

However, in communities with low immunization rates, as the virus is spread from one unvaccinated child to another over a long period of time (often over the course of about 12–18 months), it can mutate and take on a form that can cause paralysis, just like the wild poliovirus. This mutated poliovirus can then spread in communities, leading to cVDPVs. The number of VDPV2 outbreaks globally has increased sharply since early 2019. In 2020, cVDPV2 cases emerged in Afghanistan and were reported in areas in close proximity to Tajikistan, Turkmenistan and Uzbekistan.

nOPV2 is a new tool that GPEI partners are deploying to better address cVDPV2. nOPV2 is safe and provides comparable protection against poliovirus, while being more genetically stable than monovalent oral polio vaccine type 2 and therefore less likely to revert into a form which can cause paralysis in under-immunized communities. This means that nOPV2 could help stop the spread of cVDPV2 outbreaks.

WHO recommends that all countries, in particular those from which there is frequent travel to and contacts with polio-affected countries and areas, strengthen surveillance for AFP and maintain high routine immunization coverage. All travellers to polio-affected areas should be fully vaccinated against polio.