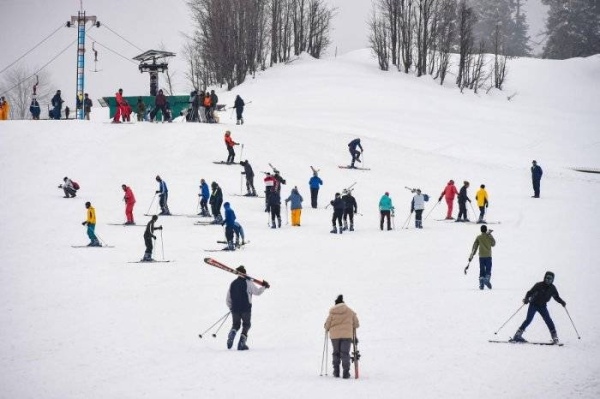 AKIPRESS.COM - India’s federal government has unveiled a number of initiatives and programs in Jammu and Kashmir (J&K) as part of its developmental push for the region in the aftermath of the abrogation of Article 370, Saudi Gazette reported.

Youth from the region have responded positively to these development initiatives and have shown their desire to become a part of the progress and prosperity of New India. Even the local militants who gave up arms after August 5, 2019, have been rehabilitated and have become a part of the national mainstream.

Most of the local leaders of Kashmir who used to claim that “if J&K’s special status is revoked no one will be left in Kashmir to hold the tricolor (India’s national flag)” have been proven wrong as one can visit Gulmarg and witness how many Kashmiri youth have draped themselves in tricolor and are holding it close to their heart.

The initiatives that are being taken by the Indian government to boost sports in the Union Territory include recently organized programs like the second edition of the Khelo India winter games at Gulmarg in north Kashmir which ended in March 2021.

Recently, Prime Minister Narendra Modi in his inaugural virtual address pointed out that holding such an event is a step toward making India’s presence felt in the international winter games arena and also make Jammu and Kashmir a hub of winter sports.

The Indian prime minister stressed that these games in Gulmarg show that Jammu and Kashmir is eager to reach new heights of peace and development and these games will strengthen the resolve for “One India, best India” objective. The government of India’s determination to build optimum sports infrastructure in the Union Territory reflects in the development of two Khelo India Centers of excellence in Jammu and Srinagar and Khelo India Centers in 20 districts, which will facilitate young players.

The federal special scholarship scheme for Jammu and Kashmir students has helped many youth from poor family backgrounds to get admissions in professional colleges across the country. The Indian government has remained firm in its decisions to ensure that the region is pulled from the quagmire of uncertainty.

With a view to boost tourism in Jammu and Kashmir and to bring the Union Territory back again on India’s tourism map, a number of initiatives have been taken recently by the government of India and the government of the Union Territory. One such initiative is opening up Asia's largest Tulip garden for the public from March 25, 2021, marking the beginning of the new tourism season in the region. The majestic tulip garden, is located on the foothills of the snow-clad Zabarwan Mountains Overlooking the famous Dal Lake, and houses over 1.5 million tulip flowers of more than 64 varieties, and those will bloom in the garden to make it a tourist’s paradise during the scenic Tulip festival. Besides, the government has also reopened (from March 21) the historic Badamwari garden in Srinagar that is currently witnessing an almond bloom also known as "Badam Waer".

Renovation of religious sites are expected to be completed by the end of July 2021.

Indian government is considering to open a portion of Siachen Glacier, the world's highest battlefield, for adventure tourism.

It is, in this context, very much relevant to point out that the decision to revoke Jammu and Kashmir’s special status and completely merge it into the Union of India, has already started paying dividends in terms of economic growth and development of Kashmir valley.

The boom in sports activities allowed youth to come forward and showcase their abilities and skills. Youth-oriented initiatives taken by Indian federal government has infused new life and enthusiasm in Kashmiri youth, who during the past three decades were being misguided by evil forces to take up arms in a proxy war against a welfare state.