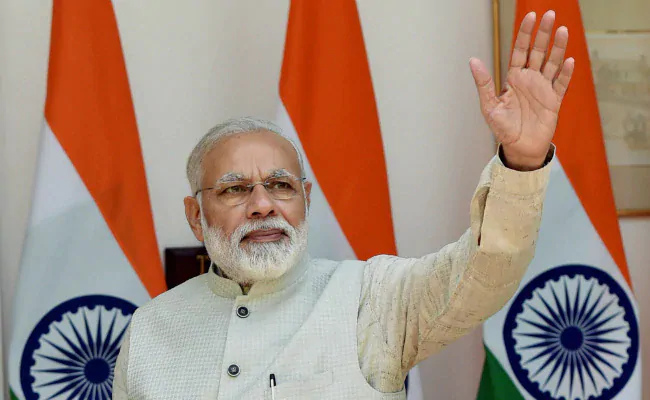 AKIPRESS.COM - US President Biden has invited 40 world leaders, including Prime Minister Modi, to a US-hosted virtual summit on climate to be held on April 22-23 to underscore the urgency and the economic benefits of stronger climate action, DNA reported.

Joe Biden will host the two-day climate summit of world leaders starting on Earth Day, April 22, in which he will outline the US' goal for reductions of carbon emissions by 2030 - known as the nationally determined contribution under the historic Paris accord.

This will be the second virtual interaction of PM Modi with President Biden, after the recently held Quad meet.

From South Asia, Prime Ministers of India, Bangladesh, Bhutan have been invited.

Kerry is the second top Biden Administration official to visit India in the last one month.

The visit by top American officials comes even as both New Delhi and Washington increase engagement on several fronts, from cooperation against Covid-19 to Climate change.

"The purpose of Kerry’s visit is to discuss the forthcoming climate leaders' summit. Climate issues in general in the context of the UN climate change summit COP26, which is to be held in Glasgow later this year, will also be on Kerry's agenda. Kerry’s Asia tour will also take him to the United Arab Emirates and Bangladesh, which experts say is especially vulnerable to climate change as it has large numbers of people living in areas barely above sea level, and lacks infrastructure to protect them. Climate has been a key priority area for the Biden administration. On the first day of his office, President Biden announced the US joining the Paris Climate Pact, from which previous US President Trump had withdrawn. According to the White House, the aim of the forthcoming summit is, "galvanizing efforts by the world’s major economies to reduce emissions during this critical decade to keep a limit to warming of 1.5 degree Celsius within reach."

Summit will reconvene the US-led Major Economies Forum on Energy and Climate, which brings together 17 countries responsible for approximately 80 per cent of global emissions and global GDP. By the time of the Summit, the United States will announce an ambitious 2030 emissions target as its new Nationally Determined Contribution under the Paris Agreement.

In his invitation, the President urged leaders to use the Summit as an opportunity to outline how their countries also will contribute to stronger climate ambition.

India has its own ambitious International Solar Alliance (ISA) which aims to harness solar energy to fight climate change.

As of 15 January 2021, 89 Countries have signed the Framework Agreement of the ISA. India is expected to talk about ISA during Kerry's India visit and also the upcoming Climate Meet led by US.