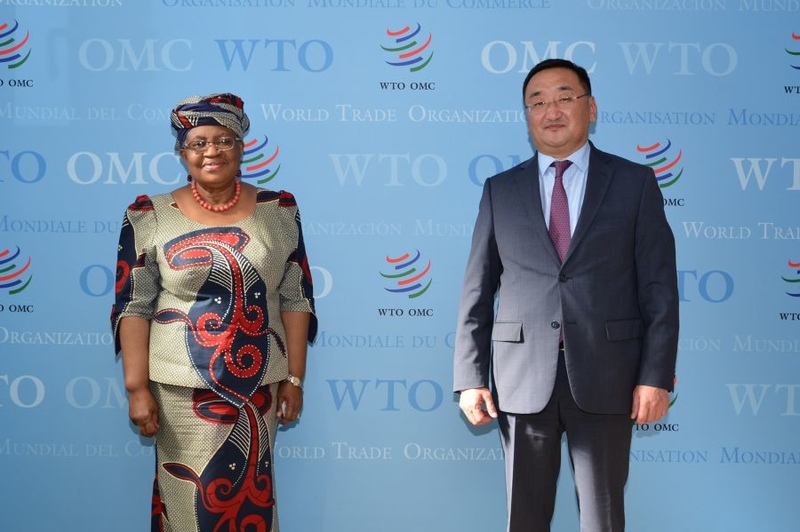 AKIPRESS.COM - Mongolia’s Permanent Representative to the United Nations and other international Organizations in Geneva, Ambassador to the Swiss Confederation L.Purevsuren had a meeting with Director General of the World Trade Organization (WTO) Ngozi Okonjo-Iweala on April 13, Montsame reports.

At the meeting, Permanent Representative L.Purevsuren congratulated the WTO Director General on her appointment and wished success in her endeavors. He also expressed hope that Ms. Ngozi Okonjo-Iweala will provide support in strengthening the Mongolian government’s capacity and increasing its participation in multilateral trade negotiations.

The Permanent Representative of Mongolia, as the Coordinator of the WTO Group of Developing Asian Countries and the Group of Landlocked Developing Countries in Geneva, talked with Director General Ngozi Okonjo-Iweala about protecting the interests of the countries and addressing challenges facing them.

Wishing success to the Permanent Representative who has been selected to chair the WTO Council for Trade in Goods in 2021-2022, the WTO Director General stressed the importance of having effective cooperation in the year when the 12thWTO Ministerial Conference will take place in Geneva.