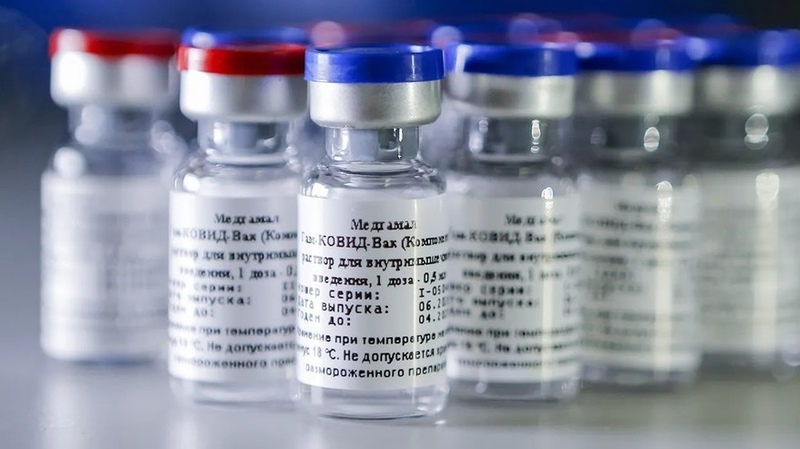 AKIPRESS.COM - A third coronavirus vaccine has been approved for use in India amid a deadly second wave of infections, Business Today reported.

The Drugs Controller General of India has granted approval to Russia’s coronavirus vaccine Sputnik-V for restricted use in India, the Russian Direct Investment Fund (RDIF), the sovereign wealth fund of Russia said in a statement recently.

Developed by Russia's Gamaleya Research Institute of Epidemiology and Microbiology, Sputnik V is the third COVID-19 vaccine approved by India after Covishield and Covaxin vaccines.

With this approval, India has become the 60th country to approve Sputnik V vaccine.

Approval of the vaccine is a major milestone as Russia and India have been developing an extensive cooperation on clinical trials of Sputnik V in India and its local production," Kirill Dmitriev, CEO of the Russian Direct Investment Fund said.

Dmitriev said over 850 million doses of Sputnik V are going to be produced in India annually, sufficient to vaccinate more than 425 million people around the world. He added that production on a larger scale will start by July 2021 with initial plans to produce 500 million doses.

Collaboration on Covid-19 vaccines had also figured in a recent meeting between India’s foreign minister S Jaishankar and his Russian counterpart Sergey Lavrov, who noted RDIF had signed contracts with Indian firms to manufacture the Sputnik V vaccine. He didn’t rule out further cooperation to cover manufacturing of Indian vaccines in Russia.

India aims to vaccinate 250 million people by the end of July. But experts say that the pace of vaccination has been slow and unless the drive is scaled up, the target could be missed.

Indian government decided to give emergency approvals to vaccines already in use in other countries. It said the decision was taken to "expand the basket of vaccines for domestic use and hasten the pace and coverage of vaccination”.

It added that vaccines that have been approved by regulators in the US, the UK, European Union and Japan would be given fast-track approvals in India. The health ministry added that the first 100 recipients of such vaccines would be monitored for seven days before wider rollout is allowed.

This means that vaccines made by Pfizer and Moderna could become available for Indians. However, the government is yet to give any details.

India has so far given more than 100 million doses of two approved vaccines - Covishield and Covaxin.