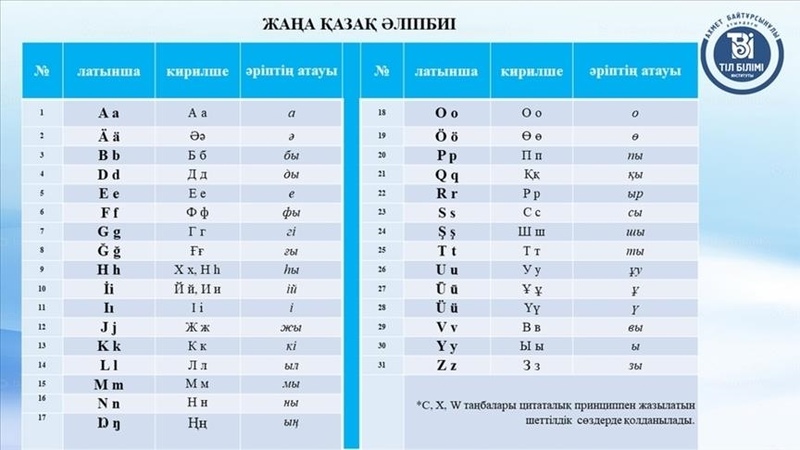 AKIPRESS.COM - Kazakhstan has opened its new alphabet to public opinion.

The alphabet was converted from Cyrillic to Latin.

The public can vote on the change until May 6.

The Central Asian nation has been planning to gradually convert to Latin letters by 2023.

The new Kazakh alphabet has 31 letters.