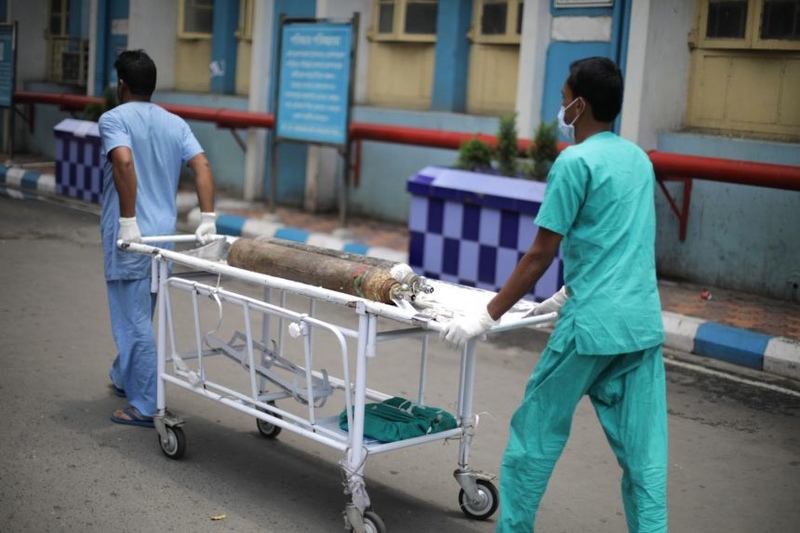 The new measures aim to improve access to emergency healthcare during the pandemic.PHOTO: EPA-EFE

AKIPRESS.COM - India's central bank released US$6.7 billion in cheap financing for vaccine makers, hospitals and other health care firms on May 5, to counter the devastating coronavirus surge gripping the country, The Straits Times reported.

Reserve Bank of India governor Shaktikanta Das said cheap loans would be available until March 31 next year, and vowed to deploy "unconventional" measures, if the crisis worsens.

He spoke as India is facing surge in coronavirus positive cases. "The devastating speed with which the virus affects different regions of the country has to be matched by swift and wide-ranging actions," he said.

With hospitals complaining of critical shortages of oxygen, beds and vaccines, the new measures aim to improve access to emergency healthcare during the pandemic, he said. It will be easier for banks to give cheap loans to hospitals, oxygen manufacturers and even patients.

"The immediate objective is to preserve human life and restore livelihoods through all means possible," Das added.

India's healthcare system has struggled to cope with the latest Covid-19 onslaught, with number of patients dying is increasing daily. The country has tried to claw back lost ground after a stringent, months-long lockdown caused the labor market to collapse and the economy to contract by nearly a quarter between April and June last year.

Fearing a repeat of last year's economic devastation, the authorities in Asia's third-largest economy have so far imposed limited restrictions, attempting to strike a balance between keeping the economy going and targeting outbreaks in the hardest-hit regions of the country.

While New Delhi and other major cities have imposed curfews and other restrictions, the federal government has resisted opposition calls for a nationwide lockdown. Even the Supreme Court of India has called on the government to consider tougher measures.

New Delhi is hoping the economy will get a further boost from a massive vaccination drive that kicked off in January, with 170 million shots administered so far in the country of 1.3 billion.