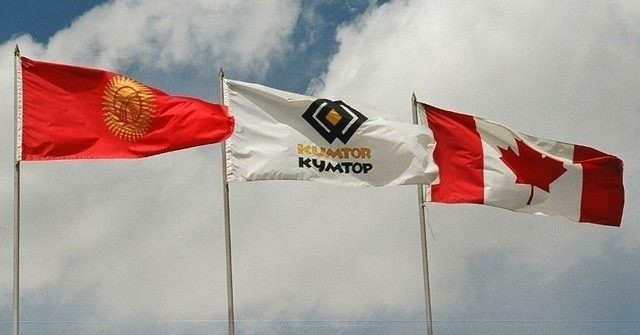 AKIPRESS.COM - The Honourable Marc Garneau, Minister of Foreign Affairs of Canada and the Honourable Mary Ng, Minister of Small Business, Export Promotion and International Trade issued the following statement on May 17 concerning the recent development in the mining sector of Kyrgyzstan.

"As a significant investment partner of the Kyrgyz Republic, Canada is very concerned about continued developments in the mining sector. We are disappointed with the decision taken at the extraordinary session of the Parliament of the Kyrgyz Republic on May 17 to move forward with the imposition of external management on the Kumtor Gold Company, and statements made during the parliamentary session that Kyrgyz control will be sought over a publically traded Canadian-based company with multiple international assets.

This will potentially have far-reaching consequences on foreign direct investment in the Kyrgyz Republic.

Canada is also disappointed that this dispute between foreign investors and the Government of the Kyrgyz Republic was not allowed to be resolved transparently by the parties working together.

Full economic recovery from COVID-19 requires a transparent and fair business environment. Measures such as this that have the potential to reduce trade and foreign direct investment will further undermine the economic livelihoods of the Kyrgyz people," the statement concluded.

The Parliament of Kyrgyzstan passed the bill allowing imposition of external management at Kumtor Gold Company in case of violation of environmental norms in 6 readings immediately on May 6.

The Oktyabr district court of Bishkek on May 7 found the placement of rock waste on the Davydov and Lysyi glaciers as a result of development of the Kumtor gold mine unlawful and held to collect 261,719,674 billion soms (over $3 billion) and the state duty of 1,308,653,370 soms.

According to the court, the Kumtor Gold Company placed 1.2 billion tons of rock waste and this way destroyed 183 million cbm of glaciers.

On May 14, President Japarov signed the law allowing imposition of external management at Kumtor.
Related content
Even if Kyrgyzstan loses Kumtor lawsuit, will they relocate the mine? We are producing gold and will continue doing so - Japarov
MP demands to hear situation on Kumtor mine
National Security Committee doesn't comment on Tashiev's visit to Geneva concerning Kumtor project