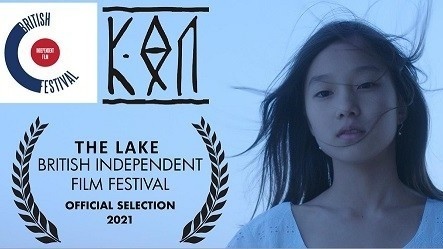 AKIPRESS.COM - The Lake film directed by Emil Atageldiev will be screened at the British Independent Film Festival 2021, said the Department of Cinematography.

The British Independent Film Festival is an event designed to showcase independent films from around the world with a focus on British talent. Movies in the official selection are nominated for prestigious awards at the closing awards ceremony.

The Lake is the debut work of director Emil Atageldiev. The story is based on an ancient Kyrgyz legend about the souls of ancestors living as fish in a sacred lake. It's an existential drama about the inner conflicts of the heroes, their freedom of choice unfolding against the backdrop of the high-mountainous Issyk-Kul Lake.

The Lake premiered at the Shanghai International Film Festival on July 29, 2020. It was put forward for the Golden Globe nomination from Kyrgyzstan.

The film was also screened at the Asian World Film Festival in Los Angeles on March 10-15, 2021.