Vasily Pyatibratov's farm brought 102 Dorper sheep to Kyrgyzstan. With transportation costs, the cost of one sheep was $2,500. This is the first shipment of imported animals from Australia. The main goal is to establish a breeding farm.

"In Australia, this breed costs $300-400, but due to the higher cost of delivery to Kyrgyzstan, one sheep price made $2,500. Some 1,000 more sheep of this breed are planned to be imported. A total of 103 sheep were purchased in Australia, but one died on the way to Kyrgyzstan. When they arrived in Kyrgyzstan, they were placed in quarantine for 30 days. They will be under the care of veterinarians for a month," said the head of the department.

Dorper sheep meat tastes like the meat of the Aberdeen-Angus cattle, Mursadairov said.

In June 2017, then-Prime Minister Sooronbai Jeenbekov visited Vasily Pyatibratov's farm. The farm breeds Holstein cows. They had 100 head of cattle and 12 bulls of Simental breed. It sells 280 liters of milk daily in Tokmok and Kant towns. At that time, it was announced that the farm was being reconstructed. 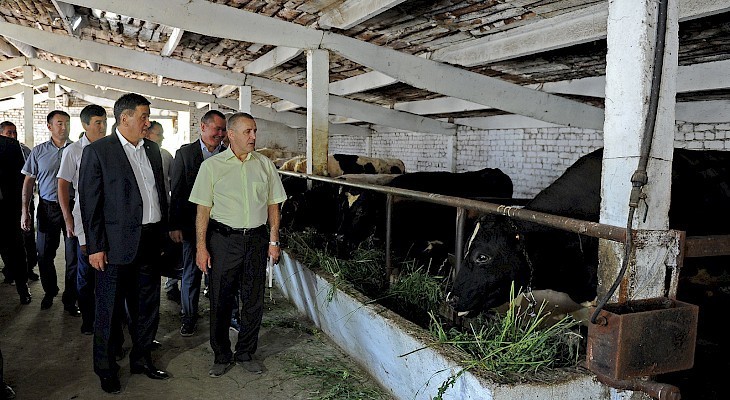