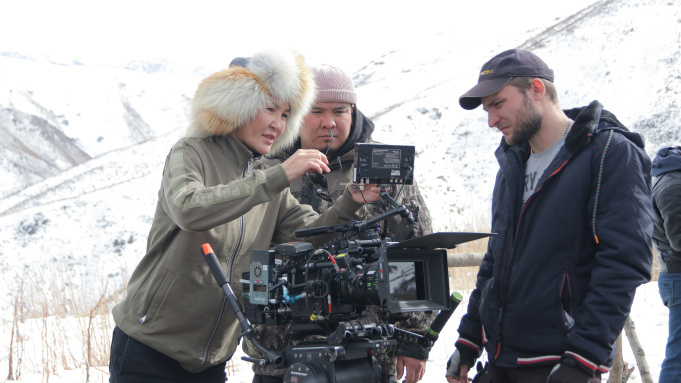 AKIPRESS.COM - The coming-of-age drama, Balaban, is inspired by true events in 2006, when one hundred and sixty infants were infected with HIV as a result of tainted blood transfusions, administered in four public hospitals in the country. The story hones in on two Kazakh teenagers who devise a plan to steal a prized Balaban falcon to help fund their dream of moving to Paris, Deadline said.

Aysulu Onaran makes her feature debut on the project, which she scripted with Sam Roffey. Adilet Yessimov produces with Poms and Fatima producer Rose Ganguzza aboard as executive producer.

The movie was shot on location in the Almaty region of Kazakhstan, which is known for its dramatic mountains and vast nomadic steppe.

Kazakh-born Onaran worked for a decade in a charity with HIV-positive youth in Kazakhstan. In 2021 she initiated the My Body My Choice educational program supporting girls and women facing gender abuse.