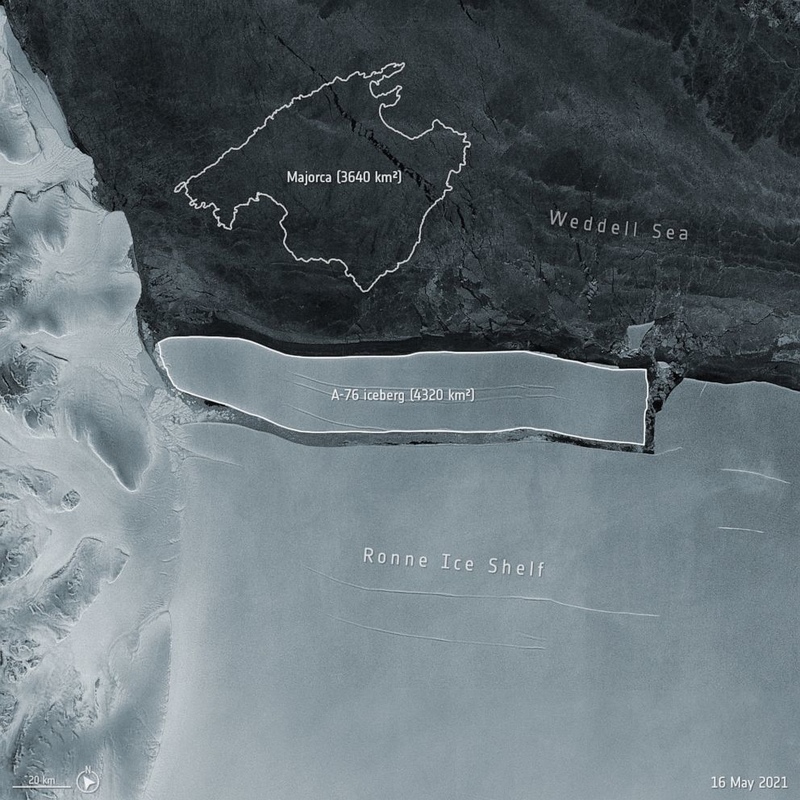 AKIPRESS.COM - An enormous slab of ice nearly six times the size of New York City has calved from the frozen coastline of Antarctica into the Weddell Sea, becoming the largest iceberg afloat on the planet, ABC reports.

The iceberg broke off the western side of the Ronne Ice Shelf, which is the second-largest ice shelf in Antarctica, Earth's southernmost continent.

The newly formed berg was first spotted on May 13 by Keith Makinson, a polar oceanographer and drilling engineer for the British Antarctic Survey. It was later confirmed by Christopher Readinger, an ice analyst at the U.S. National Ice Center, who used satellite imagery from the European Space Agency's Copernicus Sentinel-1 mission.

The iceberg, dubbed A-76, is approximately 1,668 square miles in size, making it slightly larger than the Spanish island of Majorca. Another berg afloat in the Weddell Sea, dubbed A-23A, was previously the world's largest with a surface area of around 1,498 square miles, according to the European Space Agency.