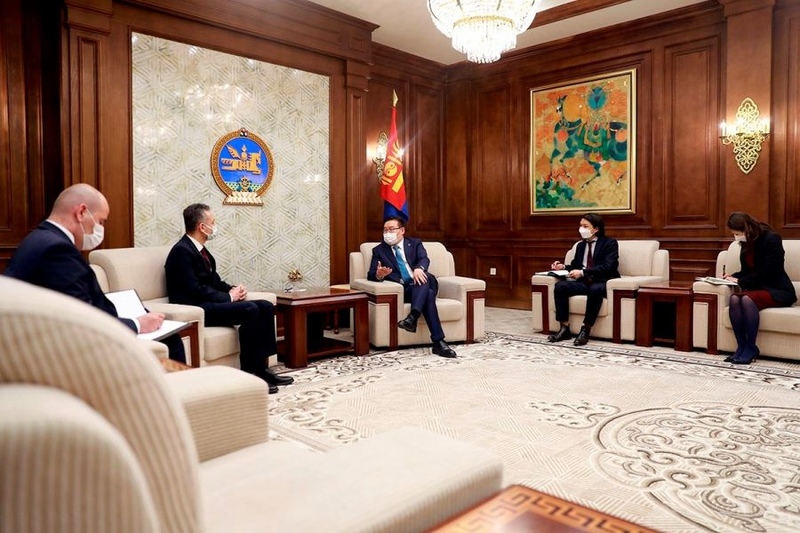 AKIPRESS.COM - Ambassador Extraordinary and Plenipotentiary of the Republic of Turkey to Mongolia had a courtesy call on G.Zandanshatar, Chairman of the State Great Hural (Parliament) of Mongolia, Montsame reports.

Chairman H.E.Mr.G.Zandanshatar, at the beginning of the meeting, noted that the relations and cooperation established with the Republic of Turkey, a “Third neighbor” of Mongolia, have been developing at the level of Comprehensive Partnership, with trade and investment increasing between the two countries by the cooperation in the field of economic free zone and an agreement on Social protection being established, which have a great importance.

During the meeting, the two sides exchanged views on possibilities to deepen bilateral friendly relations and cooperation in the fields of history, culture, tourism, education and economy.

While expressed his gladsome to have been appointed as an Ambassador in Mongolia, which Turkey enjoys traditional and friendly relations, Mr. Zafer Ates rendered his eagerness to actively work towards expanding bilateral relations in the sectors, including tourism, trade, agriculture, history and culture.

Chairman H.E.Mr.G.Zandanshatar stated that starting direct flights between Mongolia and Turkey had an important role in developing cooperation in the tourism sector. Moreover, the Government plans to implement around 100 projects in the next four years, one of which is to establish a zone with a historical and cultural complex. The two sides discussed and shared their views on the possible projects and programs to be jointly implemented to promote valuable heritage, history, culture and traditions, and create a new regional tourism products and services based on historical findings from approximately 2000 years back.

Chairman Zandanshatar wished the Turkish Ambassador every success in his work and expressed support from parliament for all initiatives aimed at developing bilateral relations.