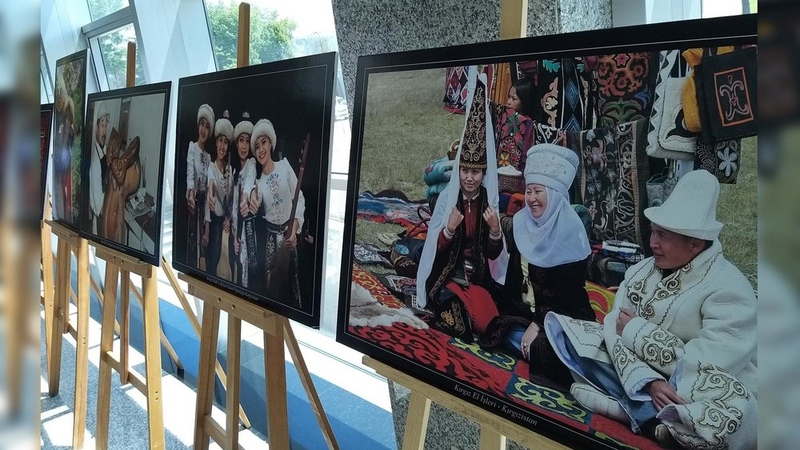 AKIPRESS.COM - Opening ceremony of a photo exhibition dedicated to the 30th anniversary of the Independence of Kyrgyzstan was held on June 23 organized by the Embassy of the Kyrgyz Republic in Ankara together with the Turkish Parliament, the Kyrgyz Embassy said.

The exhibition featured 61 paintings depicting historical sights, landscapes of the country, national sports that reflect the ancient history, rich culture, picturesque nature and traditional life of Kyrgyzstan. The event was attended by Vice-speaker of the Turkish Parliament Sureyya Sadi Bilgic, members of the Turkish Parliament, including members of Kyrgyzstan-Turkey Parliamentary Friendship Group, representatives of the Ministry of Foreign Affairs of Turkey, municipalities of Ankara, public organizations, business structures, as well as media.

Ambassador Kubanychbek Omuraliev noting that in 1991 a new page opened in the centuries-old history of the Kyrgyz people and the 30th anniversary of Independence is a historically short period for a sovereign state, drew attention to the fact that the Kyrgyz people and a country have more than 2,300 years of history.

He also informed that this photo exhibition was previously opened in the Presidential Palace of the Republic of Turkey with participation of heads of two states during the official visit of President of the Kyrgyz Republic Sadyr Zhaparov to Turkey in June 2021.

In his speech Vice-speaker of the Turkish Parliament Sureyya Sadi Bilgic stressed that the brotherly Kyrgyz people occupies an exceptional place in the hearts of the Turkish people. He also noted that over 30 years of diplomatic relations, Kyrgyzstan and Turkey have developed cooperation in the field of economy, trade, industry, healthcare, agriculture, culture, youth and sports.

During the event in the exhibition hall there were shown a video about Kyrgyzstan in Turkish language and a slideshow of exhibition’s photos accompanied by a komuz melody which was prepared by the Embassy.

The photo exhibition will run until June 30.