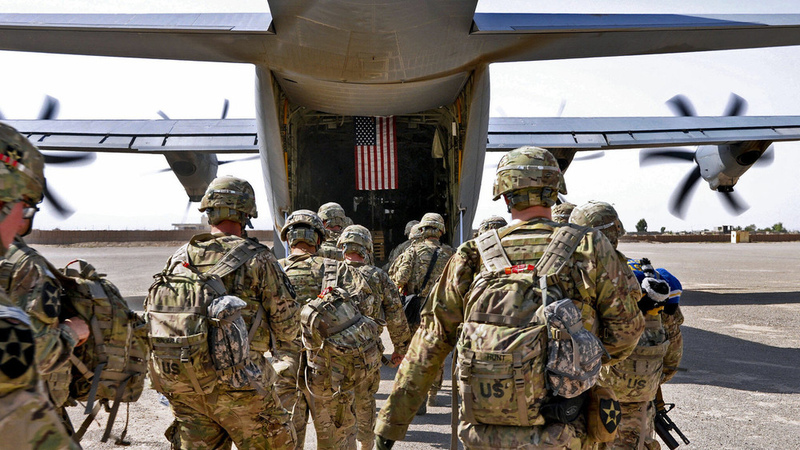 AKIPRESS.COM - United States President Joe Biden said on Thursday the US military would complete its withdrawal from Afghanistan by August 31, ahead of schedule, and dismissed mounting concerns about a civil war developing in the country occupied by the US since 2001, Aljazeera reports.

“The mission is accomplished in that we got Osama bin Laden and that terrorism is not emanating from that part of the world,” Biden insisted, defending his decision to keep up the rapid US withdrawal in the face of widening Taliban attacks on Afghan forces.

The US invaded Afghanistan after the al-Qaeda attacks on New York and Washington in 2001. The US has withdrawn approximately 3,500 remaining troops in a process the US military now says is 90 percent complete.

“Our military commanders advised me that once I made the decision to end the war, we needed to move swiftly,” Biden said.

“In this context speed is safety,” said the president, who is commander-in-chief of the military in the US system of government and holds ultimate authority over the deployment of troops.

The US will continue to have a few hundred troops in Afghanistan to maintain security for the US embassy and diplomatic community in Kabul as well as the city’s airport. And US officials have said the military will maintain an “over-the-horizon” capability to respond to events.

The US withdrawal follows a US agreement reached under former President Donald Trump in talks headed by US envoy Zalmay Khalilzad with the Taliban in Qatar. The US agreed that US and foreign forces would leave by May 1. In exchange, the Taliban promised to negotiate a peace agreement with the Western-backed government in Kabul.