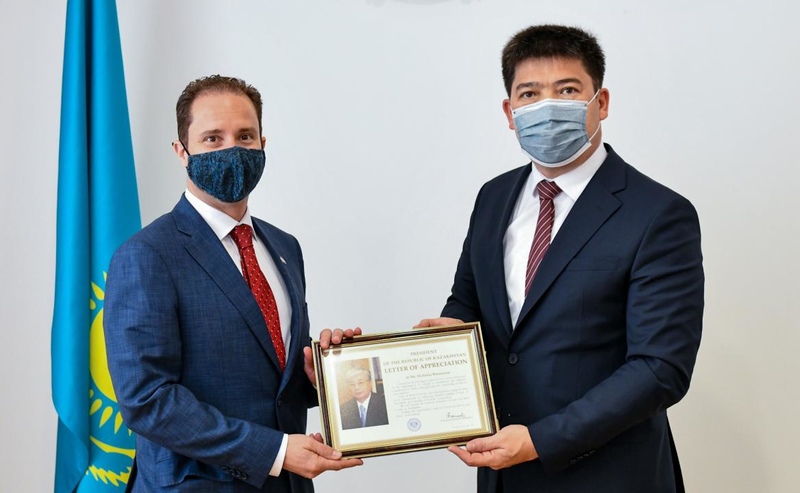 During the meeting, they noted that important areas of trade and economic cooperation between Kazakhstan and Canada are agriculture and mining as well as the academic exchange and cooperation between the international development agencies of the two countries KazAID and CIDA.

It was noted with satisfaction that the political consultations at the level of deputy foreign ministers of the two countries were held successfully in March 2021.

In this context, the Ambassador's significant contribution to the development of bilateral political, trade, economic, cultural and humanitarian relations was stressed.

Nicholas Brousseau has served as the Ambassador of Canada to Kazakhstan for four years, during which bilateral ties in many areas have been strengthened.  Canada is one of the 10 largest foreign investors in Kazakhstan, with a total investment of more than $6 billion.

Taking into account Nicolas Brousseau's personal contribution to the development of bilateral ties, a Letter of Thanks of the President of the Republic of Kazakhstan was delivered to the Canadian diplomat.