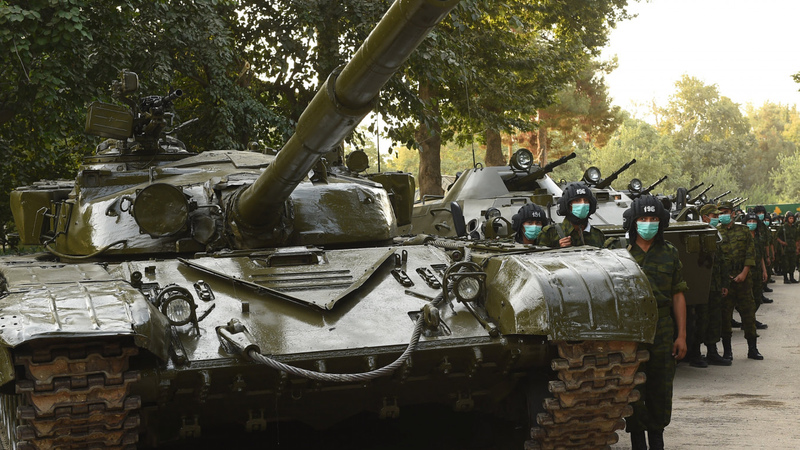 Armed forces of Tajikistan on a military parade next to the Afghanistan-Tajikistan border, July 16. Nakib Murodzoda / TASS

AKIPRESS.COM - Russian tanks stationed at Moscow's base in Tajikistan have arrived at training grounds near the border with Afghanistan ahead of army drills next month, the Defense Ministry said Tuesday, The Moscow Times reported.

Russia will stage military drills from Aug. 5 to 10 with Tajikistan and Uzbekistan at the Harb-Maidon training ground near the border with Afghanistan where the Taliban has led a lightning offensive against government troops.

"As part of the upcoming joint tactical exercise, Russian tank crews from the 201st military base stationed in Tajikistan have covered the distance of 200 kilometers from the Lyaur range to the Harb-Maidon training ground near the border with Afghanistan," the Defense Ministry said in a statement.

Troops from the Russian base in Tajikistan — Russia's largest outside the country's borders — and from the Central Military District will take part in the games.