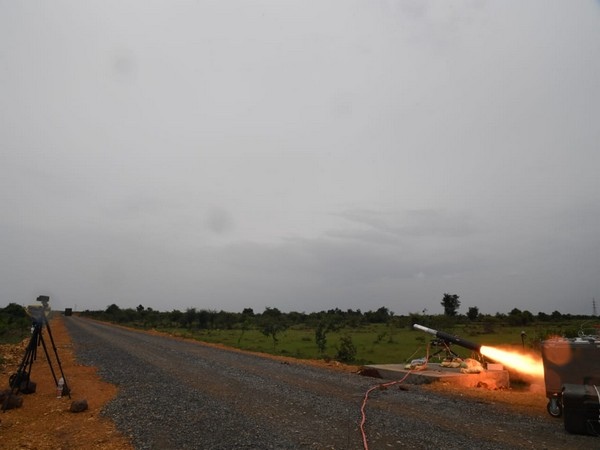 The Defense Research and Development Organization (DRDO) tested two missile systems on July 21, which included a Man Portable Anti-Tank Guided Missile (MPATGM) for the Indian Army and a new variant of the Surface-to-Air Missile — Akash-NG — for the Indian Air Force, the Ministry of Defense said. In both tests, the mission objectives were successfully met by the missile systems.

In the case of Akash-NG, the system was flight tested from the Integrated Test Range (ITR) off the coast of Odisha from a land-based platform. During the test, the weapon system elements such as Multifunction Radar, Command, Control and Communication System and launcher functioned in deployment configuration. DRDO scientists said the missile system has a range of close to 60 km and can travel 2.5 times the speed of sound (2.5 Mach).

The missile system has been developed by Defense Research and Development Laboratory (DRDL), Hyderabad in collaboration with several other DRDO laboratories. The launch was witnessed by representatives of the Indian Air Force. In order to capture flight data, ITR deployed a number of range stations like the electro-optical tracking system, radar and telemetry components. “The flawless performance of the entire weapon system has been confirmed by complete flight data captured by these systems. During the test, the missile demonstrated high maneuverability required for neutralizing fast and agile aerial threats. Once deployed, the Akash-NG weapon system will prove to be a force multiplier for the air defense capability of the Indian Air Force,” a press statement from ministry of defense said.

In the second weapon system trial on same day, the DRDO flight-tested the indigenously developed low weight, ‘fire and forget’ type MPATGM. The missile was launched from a man portable launcher on a target that was mimicking a tank. The missile hit the target in direct attack mode and destroyed it with precision.