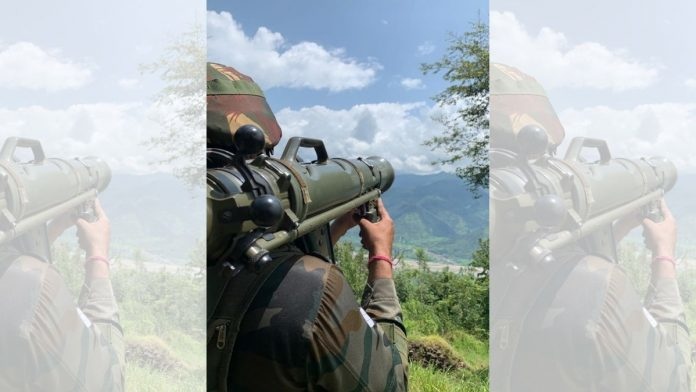 AKIPRESS.COM - The current border ceasefire between India and Pakistan along the Line of Control (LoC) in Indian side of Jammu and Kashmir began on 25 February this year, and has brought comfort to villagers living near the border inside India and the defense personnel posted there, The Print reports.

For civilians living along the border, the silence of the guns means that they can live a normal, ordinary life, like people in other parts of the country — take a carefree walk on the freshly-laid roads without having to worry about being hit by a bullet or mortar shells, sleep under the open sky. Children can attend school without interruption.

For the Army, both in India and Pakistan, meanwhile, the period of peace allows them to stock up, regroup and fortify, before the ceasefire is violated.

It is also a time for officers to walk or drive through areas they could not approach before, as they would come under directed fire.

Despite the ceasefire, however, the soldiers remain on alert 24×7 with no let-up in patrolling, counter-infiltration tactics, laying of ambushes, and surveillance activities.

On a visit to the border villages and army posts along the Indian side of the border in Poonch sector in Jammu and Kashmir, The Print interacted with the villagers and soldiers, to get a firsthand understanding of the situation.

“Border villagers say this peace is a blessing for them. A few months back, we would not be standing here and talking,” Mohammed Arif Khan, village head of one of the villages right next to the LoC, told The Print.

Standing next to a school in Dharati village, Khan said before ceasefire, mortar shelling from Pakistan side frequently fallen in the very same area where he was standing. “I just hope this peace prevails. I am thankful to whoever made this happen,” he said.

Yunus, a resident of Kanga village next to the border line, was thankful for the new roads laid during the ceasefire, making life easier for the villagers. “Had guns not fallen silent, the road construction could not have happened. Indian army has provided a young boy with a prosthetic leg, who lost his leg due to shelling,” he said.

Sajid, a 11-year-old boy from one of the villages that have borne the brunt of the ceasefire violations in the past, said he can now play in the open and not run for cover when the “bombs” start falling.

For residents of Kosaliyan village, no firing means one can live a normal life like everyone else. “Earlier, fear was our constant companion. One never knew when a shell would land near us or hit our vehicles. We can now live peacefully just like you do,” said a retired Honorary Captain Mohammed Sadiq, now the village head.

For Indian soldiers deployed along the border line, the ceasefire has meant they can breathe a little easy. They have, however, not let their guards down since anti-infiltration tactics and surveillance is constantly on.

“The only difference for us is that there is no firing. We continue to do all the rest just like it was before. So, we continue with our constant surveillance, laying of ambushes as part of a counter-infiltration grid among many others,” said a soldier posted in the area.

Both Indian and Pakistani armies are utilizing this ceasefire period to fortify their bunkers, which were destroyed by each other’s firing. All posts, big or small, along the LoC are designed in such a way that minimal impact is caused to the soldiers inside.

While Indian soldiers are visiting areas within their own territory, which they otherwise would not because of sniper attacks, the Pakistanis are also doing the same.