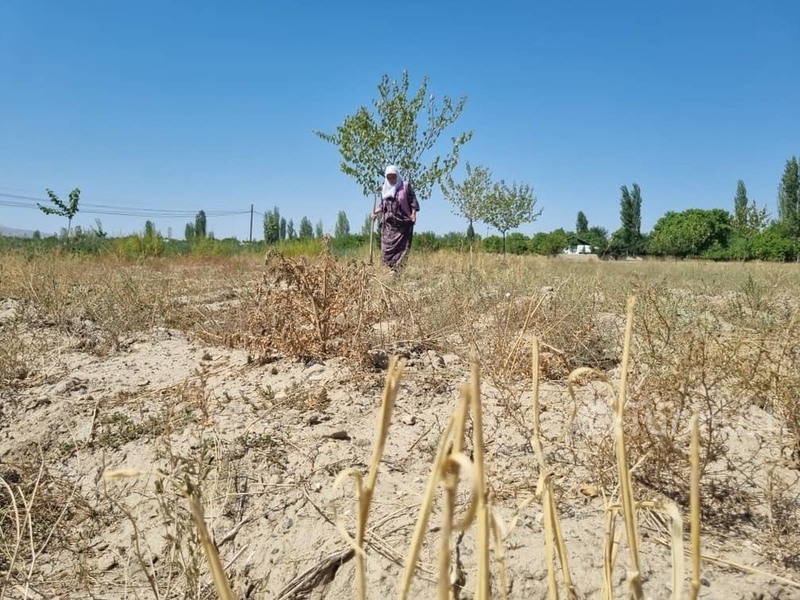 AKIPRESS.COM - The local population in  Samarkandek village of Batken region is having problems with clean drinking and irrigation water.

A senior resident of Buusaira village Buusaira Polotova said her apricot orchards, barley and wheat lands can completely dry up due to the lack of irrigation water.

"The problem with clean drinking and irrigation water escalated three months ago. Some of the crops have already dried up, which will affect harvest. Orchards were also under threat. Local authorities could solve this issue. Another problem in our village is the borders. We live in a border area and, despite all the difficulties, we will continue to live here. We are not going to abandon our land and go somewhere else," she said.

Villagers say that the water comes to them from the Golovnoi water distributor. They use this water for irrigation as well. At the same time, the water flows through the Tajik village of Khoja-Allo. Water is supplied, but not in the same volume as before, locals say.