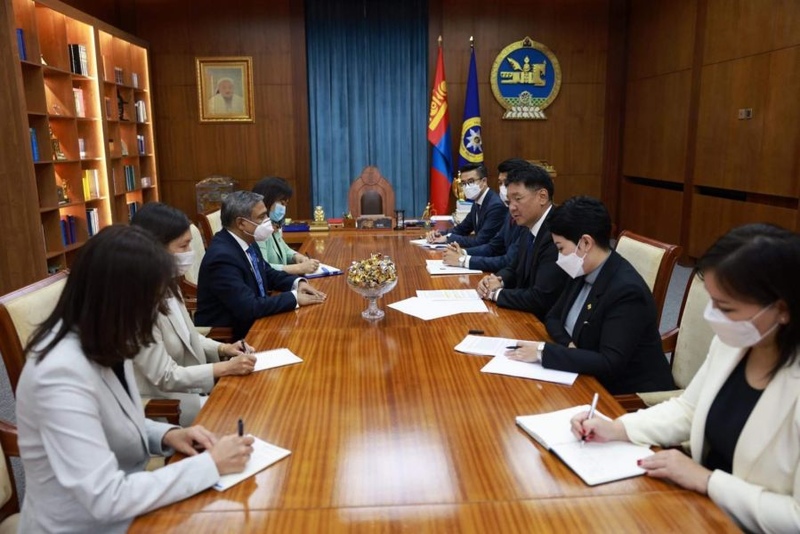 Mr. Tapan Mishra congratulated him on his appointment as the President of Mongolia and expressed that the successful collaboration on Mongolia’s development priorities during his tenure as a Prime Minister would be continued throughout his time as a Head of State. He emphasized his leadership in localizing the Sustainable Development Goals (SDGs), aligning them with the national development policies and priorities such as Vision 2050 during his premiership.

Khurelsukh expressed his gratitude to the United Nations and its system in Mongolia for their long-standing partnerships with Mongolia through its various development programs that helped Mongolia on its development path. In particular, he highlighted the UN’s recent support to Mongolia in the timely response to the COVID-19 pandemic.

As a part of his agenda for youth development, the President of Mongolia initiated a scholarship program to support bright students from low-income and rural families to study in the world top universities, who would in return to contribute to the country’s development.