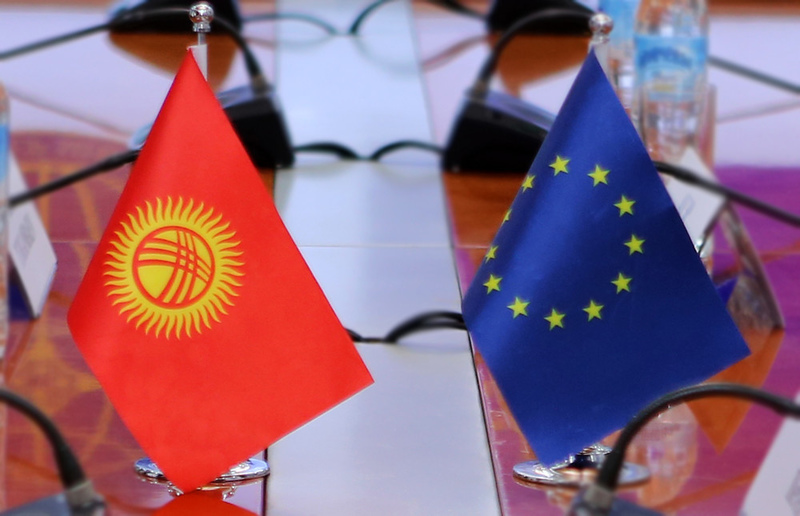 AKIPRESS.COM - The European Union and the Kyrgyz Republic held their eleventh round of the annual Human Rights Dialogue on 6 September in Brussels.

The open and constructive discussion covered a broad range of issues. The parties discussed developments related to the human rights situation in the Kyrgyz Republic, in particular in the context of the Covid-19 pandemic, as well as specific issues such as freedom of expression and freedom of the media, freedom of association, peaceful assembly and good governance, the EU Delegation said.

The EU expressed concern about the negative impacts of Covid-19 restrictions with regard to the increase of gender-based and domestic violence, as well the restrictions on independent media and information circulation during the peak of the pandemic. The EU took note of the concerns raised by the Kyrgyz delegation with regard to continued travel restrictions of Kyrgyz nationals to the EU, as the European Medicines Agency (EMA) has so far authorised only four vaccines against COVID-19 in the EU.

The EU reiterated its concern about controversial legislative initiatives (namely on non-commercial organizations; on manipulation of information; revision of the criminal code), which would contravene Kyrgyzstan’s obligations under relevant international conventions. Individual cases were also discussed, including the one of the Human Rights defender Azimjan Askarov. The EU recalled the need to conduct an impartial and transparent investigation. The Kyrgyz side informed that a new investigation would be launched by the Prosecutor General office.

The EU welcomed the fact that on 23 August the Kyrgyz President had vetoed, for the second time, the latest version of the law on Trade Unions, which, in its latest draft, would contravene several ILO conventions and, as such, the country’s obligations under the EU’s GSP+ scheme. The EU called on the Kyrgyz Republic to ensure that any legislation should be in line with ILO conventions. The EU took note of the changes of the electoral legislation framework and encouraged the Kyrgyz authorities to ensure that women’s representation in the Parliament does not decrease. The EU welcomed that the Kyrgyz Republic had established a National Council on gender issues.

The two sides discussed freedom of expression, including freedom of the media. The EU called on the Kyrgyz authorities to maintain and protect an open media environment as an important enabler for free, competitive and transparent Parliamentary elections on 28 November and to protect journalists and bloggers from harassment. The EU welcomed Kyrgyzstan’s willingness to share information and to exchange expert views on drafting of ‘online hate speech’ legislation, in line with best practices and freedom of speech and stated that it was ready to assist Kyrgyzstan in taking on board best European practices in this field.

The parties addressed the fundamental importance of cooperating with independent civil society, and the EU called on Kyrgyzstan to protect civil society members from harassment including those working on LGBTI rights or rights of minority groups.

The Kyrgyz Republic has been a beneficiary of the Generalised Scheme of Preferences (GSP+) since January 2016. The parties reviewed the monitoring process related to the implementation of the 27 GSP+ relevant international conventions on human and labour rights, good governance and the protection of the environment. Both sides also discussed areas where EU assistance would be beneficial for the Kyrgyz Republic to fully benefit from the scheme.

Finally, the parties reviewed their cooperation in relevant multilateral fora, in particular within the UN system, and both parties agreed on the importance to cooperate closely with UN Treaty bodies and UN Special Procedures.

Mr Dietmar Krissler, Head of the Central Asia Division in the European External Action Service, led the EU delegation. The Kyrgyz Republic delegation was led by Mr Nuran Niyazaliev, First Deputy-Minister for Foreign Affairs. The next round of the EU-Kyrgyz Republic Human Rights Dialogue will be held in Bishkek in 2022.