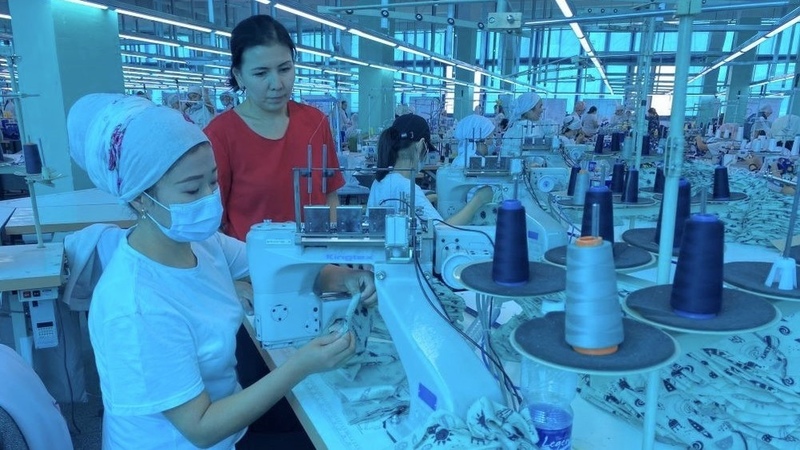 AKIPRESS.COM - On September 28, 2021, the Cool Bros Company organized a celebration of the first successful year of operation of the factory in Kyzyl-Kiya, the U.S. Embassy said. The largest apparel factory in southern Kyrgyzstan was launched with support from the United States Agency for International Development (USAID) last year. USAID invested $214,000 in modern sewing equipment under its Enterprise Competitiveness Project, while Cool Bros Company invested $260,000 in renovation and other capital expenditures.

With more than 500 people working at the factory, it became the largest employer in Batken region. Most of the employees are local women and youth. In the near future, the factory is planning to move to two-shifts and double the workforce in the near future.

“This year we are marking 30-year of cooperation between the U.S. and the Kyrgyz Republic. Throughout all these years, economic development and creating jobs for Kyrgyzstanis have been our highest priorities” said Keith Simmons, USAID/Kyrgyz Republic Acting Mission Director. “We are especially happy to support the development of Batken, which is a priority for the Kyrgyz government.”

The factory can produce up to 500,000 pieces of garment per month. The quality of products meets international standards, which allows the Cool Bros Company to carry out large export orders. The company is already exporting to nearby countries and negotiating deals with European clients.

“Our employees are mainly residents of Kyzyl-Kiya and nearby cities: Nookat, Kadamjay and Aydarken. We create good working conditions for our staff by arranging transportation services and providing meals twice a day,” says Ulukbek Kojoev, director of the Cool Bros factory in Kyzyl-Kiya.

Plenipotentiary Representative of the President of the Kyrgyz Republic in Batken oblast Abdikarim Alimbaev noted that by creating more jobs, this factory is also contributing to reducing external migration. "I am very pleased that you are supporting the economic development of Batken oblast. I hope that USAID and the Kyrgyz Republic will continue to work together for the socio-economic development of the country” Mr. Alimbaev.

The Cool Bros Company is one of the largest garment producers in the country with over 14 years of experience.​ The company produces a wide range of knitwear including children's, men’s, and women's clothing for domestic and international markets.